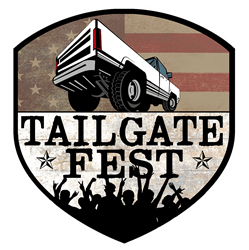 The First Annual TAILGATE FEST (LATailgateFest.com) will debut on Saturday, September 1, 2018 (Labor Day Weekend) on The Forum’s grounds (Inglewood) in Los Angeles as a one-day country music and tailgating extravaganza. TAILGATE FEST caters to the fans who show up hours before to turn the parking lot into the party. It brings the stage outside to the tailgate. No packing up the party to head inside, no need to stop that game of cornhole, no need to stuff all your belongings in your pockets to last you the evening. Fans will now be able to bring their own grills, coolers, games, and more to enjoy the show from their own tailgate as TAILGATE FEST brings the stage to the tailgaters!

TAILGATE FEST marks the newest venture by Melissa Carbone, founder and CEO of Ten Thirty One Productions (TTO) and creator of the iconic Los Angeles Haunted Hayride, and partner Giancarlo Chersich, investor behind marquee brands such as Pop Chips, Barry’s Bootcamp, AQUAhyrdrate, Lucky Jack and the Jillian Michaels’ empire, who together formed TAILGATE FEST with the goal of filling a hole in the sixty billion dollar growing tailgating culture.

“I’m such a tailgate fanatic and the more embedded I got in the culture, I realized there was a pretty unanimous sentiment among us tailgaters. The tailgate shouldn’t stop when the show starts. Bring the stage truck-side sort of speak,” said Carbone. “People can still watch the show the traditional way, stageside, but now also have the choice of truck-side, car-side, even poolside. Yeah, I said pool…we’re pulling it all out.”

“Music has always been a powerful tool that connects us all and music festivals add a social element to an already connective experience. Tailgate Fest was born to give passionate music fans the ability to engage with their favorite artists, while creating their own space and deepen that experience in a live setting. Tailgate Fest is a forward-thinking opportunity that puts the fans first." - Giancarlo Chersich.

Headlined by superstar Toby Keith, on his Should’ve Been A Cowboy Tour XXV presented by Ford F Series, the full festival lineup will feature some of the best musicians in country music. In addition to the music performances, TAILGATE FEST will also feature several genre-curated activities including The Tailgate Cornhole World Championships which will kick off early in the day at the “Extreme Cornhole Court” where tailgate groups can compete against each other for prizes. Those who want to flex their truck muscles can enter their spruced-up truck in the Jacked Up Truck Competition where a panel of judges will select the “Best in Show” truck of the day, with the winner taking home a brand new tailgating dream machine. TAILGATE FEST will also feature the Two Step Honky Tonk for those wanting to show off their dancing skills and a Dunk Tank for those wanting to stretch out their pitching arms. Food and beverages will also be available for purchase on site.

Tailgating at concerts and sporting events isn’t new by any means but combined with Carbone’s history in creating immersive and unique thematic experiences, TAILGATE FEST develops into a curated world that should mentally and bodily transport people into a down-home, Americana day of fun, dropped right into the heart of Los Angeles – one of the biggest cities in the world.

"It’s actually fascinating to me that this whole activity has been happening for over a century organically on its own at every game and country music concert. My idea is just to super-serve the experience that is already happening by giving this passionate population of people both things that they love at the same time." – Melissa Carbone.

TICKETS
Tickets start at $109 for General Admission all the way up to a Super VIP with reserved Lawn Chair Viewing, access to a stageside pool (Yes, we said pool) and access to the VIP Forum Club (plus any applicable fees). For some fans who are “Country AF” but don’t want to tailgate, General Admission stage-side and pit passes offer the more traditional experience to get up close to the stage. A Lawn Chair viewing platform, Terrace viewing and even a pool stage-side make Tailgate Fest perfect for every taste. A limited number of people can secure a pit and pool pass to kick back and keep cool while watching the best Country music has to offer.

Pop a top and drop a tailgate as Tailgate Fest comes to Los Angeles to bring a little sweet home Americana to town!

About Tailgate Fest, LLC Team
Tailgate Fest creator/founder, Melissa Carbone was the founder and CEO of Ten Thirty One Productions, creator of the iconic Los Angeles Haunted Hayride and immersive entertainment attractions throughout the country with a cumulative attendance of over 600,000 tickets sold to her events. She has been featured in Forbes, Fortune, Entrepreneur Magazine, The Today Show, and Bloomberg, to name a few. Carbone was awarded the Entertainment Visionary Award by CSQ Magazine, was a Keynote Speaker at Music Matters Singapore, and also well known for securing the largest investment in the history of NBC’s Shark Tank. She recently launched her first book Ready, Fire, Aim: How I Turned a Hobby into an Empire which became an October 2017 Business Bestseller, among many other awards. Carbone’s business partner and co-founder, Giancarlo Chersich, is the co-founder/CEO of Empowered Media which operates the Jillian Michael’s brand. Chersich is an investor in Lucky Jack Coffee, Krave Jerky, PopChips, Barry’s Bootcamp, FlyWheel, Thrive Market and AQUAHydrate, to name a few. Carbone and Chersich brought in renown producer Ford Englerth, owner of Red Rock Entertainment, a subsidiary of Live Nation. Ford is the former head of production for Live Nation for over 20 years and has produced every major festival and show in Southern California including Route 91 Harvest, Lalapalooza, Blake Shelton, Florida Georgia Line, Toby Keith, Red Hot Chili Peppers, U2, Jay-Z, The Rolling Stones and even Kenny Chesney.

About Toby Keith
The familiar maxim of the triple threat – singer, songwriter, musician – doesn't begin to cover it for Toby Keith, one of the modern era's most complete self-directed hit makers. And Keith's most recent months are a remarkably accurate representation of his entire career. In September 2017 he released The Bus Songs which went on to set a Billboard Comedy Albums chart record for a country artist by holding the No. 1 spot for 11 consecutive weeks. The collection of humorous, just-for-fun compositions includes two new songs “Shitty Golfer” and “Wacky Tobaccy,” whose accompanying music video features Willie Nelson and quickly became a surprise runaway viral hit. This past year also saw the continuation of the Toby Keith Interstates & Tailgates Tour presented by Ford F-Series with sold out shows coast to coast and filled venues nationwide throughout its two-year run. The Academy of Country Music also honored Keith with their Poet's Award for songwriting in recognition of his musical and lyrical contributions as a songwriter throughout his career, and his songs' impact on the culture of country music. Rounding out the year full of music-related accomplishments was his 14th Annual Toby Keith & Friends Golf Classic which raised $1.6 million, a record-breaking amount of funds for a single event in the Toby Keith Foundation’s history, to aid sick children and their families in Oklahoma.

From the moment Toby's debut single "Should've Been A Cowboy” released 25 years ago and shot up the charts to become his first No. 1, the engine driving everything has been the music. At the core is his songwriting, as recognized in his 2015 induction into the Songwriters Hall Of Fame in New York City. The Nashville Songwriters Association International named him Songwriter/Artist of the Decade and he is a three-time BMI Country Songwriter/Artist of the Year. His songs have received more than 91 million BMI performances on commercial radio stations worldwide. Keith's albums have sold more than 40 million copies. His tours have drawn more than a million fans each year for more than a decade straight, with recent expansion into Europe and Australia. The awards are too numerous to count and include Artist of the Decade nods from Billboard and the American Country Awards, as well as the ACM's Career Achievement honor and twice their Entertainer of the Year award winner in back-to-back years. Toby's most rewarding experiences, however, have come from giving back locally, nationally and abroad. His golf classics fund the Toby Keith Foundation and OK Kids Korral, a cost-free home for families of children dealing with critical illnesses. His 11 USO Tours to date have enhanced the lives of nearly 256,000 troops and military families and have been recognized with the Spirit of the USO Award (2014). Triple threat? How about singer, songwriter, musician, producer, entertainer, humanitarian, Oklahoman and patriot, for starters.

About The Forum
The award-winning “Fabulous” Forum, is celebrating its 50th anniversary in 2018. The Forum, located in Inglewood, California, is the largest indoor performance venue in the country designed with a focus on music and entertainment, in addition to select sporting events. The interior of the bowl features flexible seating that ranges from 17,500 seats to 7,000 seats, enabling the venue to attract a wide variety of premier events. Fans at the Forum enjoy approximately 8,000 square feet of event level hospitality offerings, including merchandise, along with food and beverage options from some of SoCal’s most celebrated brands. A tinted glass wall separates this concession area from the arena, ensuring fans do not miss a moment of the performance. A 40,000 square foot outdoor terrace surrounds the perimeter of the building and offers food and beverage options, as well as comfortable furnishings, to further elevate guests’ enjoyment. The Forum delivers a one-of-a-kind experience for all thanks to its superior acoustics, intimate ambiance and state-of-the-art facilities. Designed with entertainers and performers in mind, the Forum includes nine, star-caliber dressing rooms that provide unparalleled comfort. The Forum is owned and operated by The Madison Square Garden Company. In addition to the Forum, The Madison Square Garden Company owns or operates Madison Square Garden, The Theater at MSG, Radio City Music Hall, the Chicago Theatre, the Wang Theatre, and the Beacon Theater. For more information on the Forum, please visit http://www.fabulousforum.com