John Stuart Buckland’s Newly Released “Aslyn’s Unicorn” is an Exciting Story About Aslyn’s Quest into the Forest so that just like her Mother, She Could Claim a Unicorn

“Aslyn’s Unicorn” from Christian Faith Publishing author John Stuart Buckland is a riveting story about a precocious child named Aslyn who has encountered a unicorn—a white horse with a glowing, golden horn on its forehead—during one of her daily walks, making her desire to set for an adventure and have one for herself. 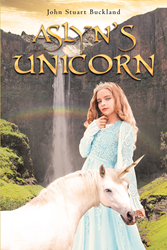 “Aslyn’s Unicorn”: a remarkably magical story about the quest of Aslyn into the forest of her father’s kingdom and her attempt to claim a mystical creature, living outdoors while using the things she has learned from her father. “Aslyn’s Unicorn” is the creation of published author, John Stuart Buckland, a veteran of the United States Air Force who is engaged in a grass roots global humanitarian organization to develop small schools and orphanages for runaway or forgotten children.

Buckland shares from his book, “Once upon a time, in a land far, far away, there lived a young maiden named Aslyn. Her hair was golden, thick, long, and wavy, and her eyes were deepest blue that sparkled in the sunlight. On her head, she wore a silver coronet, and her gown was fine, white silken linen, which was covered by a sapphire-blue overgown. Her youthful face was beautiful. She looked innocent and pure of heart. She was considered the most beautiful child in the kingdom. She lived in a formidable castle that stood high on a hill. From the ramparts outside her room, she could see the sea and watch the sunset. Aslyn’s father was the king of Avalonia, and his name was Stefan. She loved her father very, very much. Her mother, Kristionna, had disappeared while questing when Aslyn was a very small child, and she was never heard from again. King Stefan tried hard to shield his daughter from the hurt of losing her mother and, therefore, spent a great deal of time playing games with Aslyn, taking long walks by the beach and, at night, tucking her into bed and listening to her prayers.”

Published by Christian Faith Publishing, John Stuart Buckland’s new book is a spellbinding story on Aslyn’s journey to the top of the Worldfall, her world’s natural wonder that plummets thousands of feet into a deep pool, where the mystical unicorns reside.

She finds out about her mother and why she has disappeared when she was still little. Aslyn also gets informed about the split between the Land of Faerie and the land of the menfolk, deciding to take part in reuniting them.

Consumers can purchase“Aslyn’s Unicorn” at traditional brick & mortar bookstores, or online at Amazon.com, Apple iTunes store, or Barnes and Noble.

For additional information or inquiries about “Aslyn’s Unicorn”, contact the Christian Faith Publishing media department at 866-554-0919.