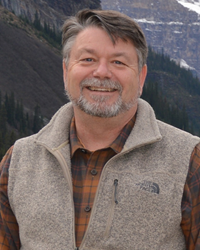 A former cowboy, Matlock received his Ph.D. in biosystems engineering from Oklahoma State University. Currently he serves as the Executive Director of the University of Arkansas Resiliency Center and Professor of Ecological Engineering in the Department of Biological and Agricultural Engineering. He has made an impact through his development of specialized courses, his expert supervision of students, and his ability to conduct competitively funded research.

Matlock shares his expertise with farmers, industry professionals, students, and consumers by helping them develop, implement, and communicate issues of great importance to the agricultural industry and science communities. Throughout the past six years, he has participated in more than 116 keynote presentations, discussion sessions, and video interviews. Since 2011, he has published 19 peer-reviewed manuscripts, co-authored two books and six international policy reports, been awarded three U.S. patents, and received more than 15 professional leadership awards.

Colleagues praise Matlock for his abilities to synthesize complex issues into simple concepts that resonate with his target audience. His interdisciplinary work has been recognized by numerous leading organizations through 30 national and international awards. One nominator wrote, “Spend one minute with Dr. Marty Matlock and you’ll realize how effectively he communicates the science of food, agriculture, and the environment. Spend a few hours and you’ll start wishing—as I had—you could sit in his class and soak up this proficiency. Spend a day and you’ll know Marty is a premier communicator and tireless advocate for science-based, sustainable food and farming practices across the globe.”

One of Dr. Matlock’s supporters states it perfectly: “His commitment embodies many of the attributes and characteristics of Dr. Borlaug, most notably providing leadership to advance science and engineering in a way that not only benefits agriculture and food production, but also contributes to the betterment of society.” To Matlock, Dr. Borlaug’s influence was personal—Marty worked with him beginning in 1996 when he joined the Texas A&M faculty. Borlaug provided guest lectures in Matlock’s graduate classes, where they explored the Borlaug hypothesis that intensification of food production was the only path forward to preserve biodiversity on Earth. Dr. Borlaug advised Matlock through the first four years of his academic career, encouraging him to explore the complex interface of community poverty, food, and water—these are now focal issues for the University of Arkansas Resiliency Center.

With Matlock’s experience and his ability to communicate complicated sustainability issues across various audiences as well as his capability of empowering the minds of today’s youth and agricultural communities around the world, he is indeed a worthy recipient of the 2018 Borlaug CAST Communication Award. As Matlock has been known to say, “Everything is connected. Everything is changing. We are all in this together.”

An award presentation will occur at a breakfast side event at the World Food Prize Symposium on October 17, 2018, in Des Moines, Iowa. The Borlaug CAST Communication Award honors the legacies of Nobel Prize winner Dr. Norman Borlaug and Dr. Charles A. Black, the first president of CAST.

About CAST:
CAST is an international consortium of scientific and professional societies, companies, and nonprofit organizations. Through its network of experts, CAST assembles, interprets, and communicates credible, balanced, science-based information to policymakers, the media, the private sector, and the public.