Age of Consent Laws: When Does Yes Mean Yes?

Criminal defense attorney Tim Martin explains why the "age of consent" – the age when, in the eyes of the law, a boy or girl is recognized as mature enough to knowingly consent to sex – is a potential legal minefield both in the US and around the world. 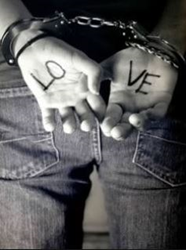 Anyone considering entering into a romantic relationship with an individual under the age of 18 might be well advised to do a little research first - or consult a criminal defense attorney!

Joe and Jane are in the middle of a sexual encounter when the police burst in after someone has alerted the authorities.

Will Joe get arrested? Will Jane? Will anyone?

The answer is as clear as mud – it depends.

On what, you ask? The list is long, but here are the most vital considerations:

-How old were the participants?

... and the list could go on. That's because all societies struggle with sexual issues in general, and sexual issues with young people, in particular. In a federal system, such as in the U.S., each state has formulated their own laws and regulations of sex among people under the age of 18. This has produced a crazy quilt of possible outcomes in the situation described above. For example:

If both Joe and Jane are 16 in the state of Illinois, they could both be prosecuted for criminal sexual abuse.. Amazingly, this is true even if they were married to each other. However, if both Joe and Jane were in Arkansas, and they were both 16, they would not be committing a crime because they would be protected by a so-called "Romeo & Juliet" law, which shields lovers who are close in age (in this case, no more than three years difference) from sexual criminal prosecution.

The state of Delaware would have even more understanding vis'-a-vis' Joe: He could have been 25-29 and still OK to have sex with 16-year-old Jane.

Connecticut would have no problem with the Jane and Joe being 16, either. However, if Joe had been:

There are many other states who have some kind of stipulation about one of the participants being in a position of authority or trust over the other participant. In many cases, the age or consent for the person who is under authority would either have to rise to make the relationship legal, or the age of the individual in authority would have to drop in order to narrow the age difference.

Obviously, "what is the age of consent” is no easy yes-or-no question. Bottom line: anyone considering entering into a romantic relationship with an individual under the age of 18 might be well advised to do a little research first – or consult a criminal defense attorney.