Author Robert G. Munroe’s Newly Released “Love among the Ruins” is a Story About a Father and Daughter Whose Shared Experiences Strengthen Their Unbreakable Bond

“Love among the Ruins” from Christian Faith Publishing author Robert G. Munroe follows the adventures of Jason and his daughter, Alex. As they share their experiences, their love and relationship will grow. 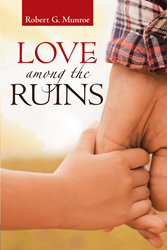 “Love among the Ruins” is the creation of published author, Robert G. Munroe. Born and bred in the Chicago area, Mr. Munroe spent his formative years in Arizona. At Arizona State University, under the tutelage of a Christian English professor, the seeds of spiritual growth were sown into Robert G. Munroe. Having spent the majority of his career in the world of finance, which helped him raise two children, he is now retired and currently resides in Oklahoma.

“Every action we take has consequences, either to the good or to the bad, that will be brought to light in their good time. You know that as well as I. Now, you and I have discussed this many times. I thought you had settled it in your mind and had made a firm decision.” --Robert G. Munroe

Published by Christian Faith Publishing, Robert G. Munroe’s new book is the story of a father and daughter. Jason and his daughter, Alex, are about to embark on a journey that will challenge them and their relationship every step of the way. Walk along with them and be part of their experiences as they attempt to embrace life and a relationship under the guidance of scriptural principles. Readers will want to cheer them on as they share their hopes and dreams. Join them in their fun and laughter as well as their sorrow and heartache.

View a synopsis of “Love among the Ruins” on YouTube.

Consumers can purchase “Love among the Ruins” at traditional brick & mortar bookstores, or online at Amazon.com, Apple iTunes store, or Barnes and Noble.

For additional information or inquiries about “Love among the Ruins”, contact the Christian Faith Publishing media department at 866-554-0919.