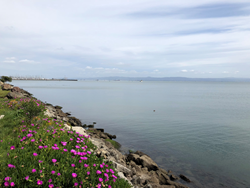 The office enables us to better serve our San Francisco Peninsula-based customers. In addition, the South Bay location is our Emerson DeltaV center for Banks/Superior Controls as well as local support for Rockwell-based projects.

To head up the new office, the company hired highly-experienced Electrical Engineer John D. C. Simpson. In his new role as Director of South Bay Operations, Simpson will use his extensive knowledge of cell culture, FDA regulations and biochemical engineering to assist San Francisco Bay Area customers in the life science and pharmaceutical manufacturing industries.

The new office is located at 400 Oyster Point Boulevard, Suite 123 in South San Francisco, near a transportation hub which includes East Bay ferry service and Bay Area Rapid Transit (BART) stations. Further, the location is convenient to some of Banks integration Group’s largest biotechnology customers, allowing the company to continue to provide unparalleled service. The new office currently staffs a handful of engineers, with plans to expand to a dozen or more by the end of the year.

“I am very excited to be opening this office in the ‘Birth place of Biotechnology,’ South San Francisco,” said Simpson. “The office enables us to better serve our San Francisco Peninsula-based customers. In addition, the South Bay location is our Emerson DeltaV center for Banks/Superior Controls as well as local support for Rockwell-based projects.”

Prior to joining Banks Integration Group, Simpson worked for 23 years at Genentech, a member of the Roche Group, where he served in various roles including senior engineer, senior manager and associate director of biochemical automation in the San Francisco area. In his most recent Genentech role, Simpson was responsible for the start-up and re-commissioning of a cell culture production facility and developing a strategic automation roadmap for the Vacaville, CA site. Originally from Scotland, Simpson graduated from Paisley College of Technology in Paisley, Scotland with a bachelor of science in electrical and electronic engineering.

“We are thrilled to have John join our California-based biotechnology team,” said Rick Pierro, co-founder and president of Superior Controls. “His vast experience in biotechnology, control systems integration and FDA regulations will take our services to the next level.”

In April 2017, Superior Controls announced its merger with Banks Integration, headquartered in Vacaville, CA. The company currently employs more than 125 engineers located in the Seabrook, NH, Albany, NY and Vacaville, CA offices. Superior Controls seeks to further expand its engineering workforce to support the existing project load in addition to the 42 validated biotech automation projects the company was recently awarded.