The Beverly Hills based plastic surgeon comments on a recent article that plastic surgeries do not need to be freighted with excessive socio-political baggage. 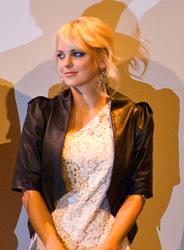 Ms. Faris’s feelings are common to a great many of his patients, who ignore judgments which freight a procedure with social and political baggage that is simply not applicable.

An April 10 article on PeopleHealth highlights comments by comedic television and film actor Ana Faris (“Mom,” “The House Bunny”) regarding breast augmentation she received about a decade ago, shortly after divorcing her first husband. Today, Faris admits to having had some initial mixed feelings about obtaining a procedure, which she says was motivated by her desire to fill out a bikini, “I’m still floored that I did it, because I am a staunch feminist. I kept thinking, ‘am I betraying my own gender by doing this?’” However, she now believes that she did the right thing, adding that there is nothing for plastic surgery patients to feel embarrassed about and that there is no contradiction between a woman’s stance on various matters and her desire to feel more confident about her appearance. “People should be able to do whatever they want,” she adds. Dr. J notes that Ms. Faris’s feelings are common to a great many of his patients, who ignore judgments which freight a procedure with social and political baggage that is simply not applicable.

The Beverly Hills based plastic surgeon says that there’s no reason that a woman with strongly feminist values should not feel completely comfortable about getting a procedure, adding that more and more men are also taking advantage of procedures now that they realize that they can also benefit from plastic surgery. Whether people like it or not, adds Dr. J, our appearance matters regardless of our gender. It definitely affects others but, ultimately, it comes down to how people feel about themselves, says Dr. J. He adds that many of his female and male clients look into procedure such as a facelift to advance their careers, often because older people in many fields are discriminated against based on an unfortunate perception that they might not understand the latest trends. The plastic surgeon notes that ageism, just like sexism, is a real workplace issue that has to be dealt with. "Like it or not," says Dr. J, "there’s nothing superficial about wanting to stay relevant in a career, nor about wanting to feel more confident wearing a bikini or a business suit," says Dr. J.

Of course, not everybody can or should get a plastic surgery, says Dr. J. Sometimes there are medical issues; other times, the results a patient wants to achieve are simply not realistic. The most important thing for patients to realize is that plastic surgery is a tool, not a magic wand.

Readers who are interested in learning more about such procedures as breast and buttock augmentation, rhinoplasty (nose jobs), tummy tucks, liposuction, or facial rejuvenation can call Dr. J’s office at 310-683-0200. Information about the doctor’s qualifications can be seen at his web site. Dr. J is double board certified by the American Board of Plastic Surgery and the American Board of Surgery.