John Archibald, long the voice of the aggrieved in Alabama, has won the Pulitzer Prize for commentary for his writing about Alabama politics. 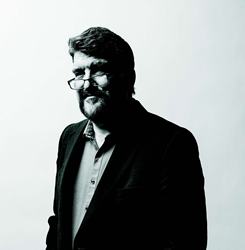 John Archibald, long the voice of the aggrieved in Alabama, has won the Pulitzer Prize for commentary for his writing about Alabama politics in a year marked by trouble atop all three branches of state government and a dramatic U.S. Senate race that ended in an upset victory by Democrat Doug Jones over conservative judge Roy Moore.

On Dec. 12, the day of the special Senate election, Archibald appealed to voters in his own direct style: “Thinking of the world watching Alabama right now is like hearing an unexpected knock on the door when you haven't done the dishes. . . .The world is watching. And what it sees will have consequences. Vote your heart. Vote your conscience. But know what it means. To the world, and to you.”

John began writing for The Birmingham News in 1986 and has provided commentary for the newspaper and AL.com since 2004. He most often focuses on Alabama and Birmingham politics, but he does so with a unique blend of humor and outrage. And he is often pulled to write about day-to-day topics and ordinary people, those who exist outside the corruption and hypocrisy he has dedicated decades to revealing.

In addition to his work on the biggest political stories of 2017, Archibald’s investigative work and commentary in 2017 also led to the guilty plea of former state lawmaker Oliver Robinson in a bribery scandal that produced indictments of two attorneys and a lobbyist. Those federal cases are still working their way through the legal system.

As last year’s many political dramas unfolded, Archibald joined Reckon by AL.com, the company’s new public interest news and commentary brand focused on human rights issues and reader engagement. The new team placed Archibald in a position to tackle familiar subjects in new ways, working with investigative reporters, social producers and videographers, including Archibald’s son, Ramsey Archibald, who earned a Master’s Degree in journalism from the University of Alabama in 2015. He has often teamed with fellow columnist Kyle Whitmire, collaborating on investigative reporting and aiming a blow torch at the toes of Alabama politicians when they misstep.

As a winner of the commentary prize, Archibald joins some of the most famous voices in American journalism, including: Peggy Noonan of the Wall Street Journal; Thomas Friedman, Maureen Dowd, Nicholas D. Kristof, Anna Quindlen and William Safire of The New York Times; Connie Schultz of The Plain Dealer of Cleveland; and Jimmy Breslin of the New York Daily News.

The prize is the third in the company’s history.

The son of a Methodist minister, Archibald was born in Alabaster and lived in several towns in North Alabama before his family settled for good in Birmingham. He graduated from the University of Alabama with a journalism degree in 1986.

That background provided the foundation for his journalism, which skewers hypocrisy and greed in both political parties. In June, he wrote: “It doesn't matter which party is in charge, because it's always the same. It's a protection racket, a cycle of corruption, propaganda and greed. Alabamians are left to kick themselves beneath the table. And the guy who started off with the bag of money walks away with more.”

His work instead often tends to champion common, simple Alabama values, like decency and honesty. In short, his work is inseparable from his Alabama roots.

As he wrote in a December column, which criticized Roy Moore’s use of religion: “See, the church was the single most defining part of my life, and that of my family. My dad, Robert Archibald Jr., was a United Methodist preacher. And so was his dad, Robert Sr. There were preachers and Roberts - my oldest son is a Robert, too - back generations, and centuries.”

And as he wrote in a column in August arguing against the focus on preserving Civil War monuments: “I'm as Southern as anyone, Alabama born and bred and I'm proud enough of the South to want it to do better. But it's time to look away from Dixie. To a future for everyone.”

That kind of thinking about a Deep South with room for all people fueled his writing about Brandi Burgess, the daughter of one of the south’s most popular radio hosts who revealed that she was bisexual in a column published by AL.com. Archibald wrote, “Brandi's could be the story of thousands of LGBTQ men and women born to evangelical families. It's one of guilt and shame and a kind of eventual courage. But she knows love and acceptance and faith build courage. She was raised in the church and holds to a profound belief in God. But her God is vast and complex and hard to limit. So in the shadow of one of Alabama's largest voices, she has found her own.”

Among the columns submitted for the Pulitzer Prize were two standing up for women in the wake of the #MeToo movement, including those who came forward in the Roy Moore scandal:

“This is a moment, I keep believing. It's a cultural awakening and the start of a change. We fail when we say boys will be boys. We hurt when we question what a woman wore when she was assaulted. Those who blame the victims – who call them whores and tramps and sluts – are as guilty as those who commit the acts. It's not just about the past. It's about the future. So forget about politics, for now. This is bigger than that.”

As Michelle Holmes, VP of Content for the Alabama Media Group, said: “John’s signature outrage comes because he believes the people of Alabama deserve better. His desire to root out corruption comes because he believes the little guy needs someone looking out after him in a state where bad things happen behind closed doors. His desire to hold a light for those in darkness comes from his belief that this place should shine with beauty and goodness, not with despair.”

Archibald lives in Birmingham with his wife, Alecia, and three dogs, Benny, Betsy and Barney. John and Alecia have three children, Drew, who lives in Washington D.C., and Ramsey and Mamie, who live in Birmingham.

Archibald’s prize for commentary comes inclusive of these columns:
Bisexual daughter of Rick & Bubba host will no longer stay silent
How could Robert Bentley fall so hard? Now we know
Monument controversy: Is the South's best story 150 years old?
Alabama: All are not created equal
Indictment tells dirty secrets about Alabama environmental regulator
Roy Moore, and the profit of God
Roy Moore's new accuser is different
What women have been trying to tell us: #believewomen
Choosing Roy Moore for the unborn? Put up or shut up
Alabama sent a message ... to women

Alabama Media Group is a digitally-focused marketing, news and information company who operates AL.com, one of the country’s largest local websites, produces television and digital video programming, and publishes Alabama's three most prominent newspapers: The Birmingham News, The Huntsville Times and Mobile’s Press-Register.