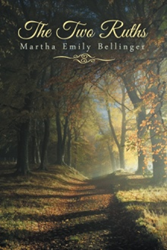 According to Martha Emily Bellinger, few lesbian novels discuss the spiritual issues concerning same-sex marriage. In “The Two Ruths” (published by Archway Publishing), the author tells a fictional story that not only discusses how spirituality can play an important role in LGBT marriages, but also how it might be the “glue” which keeps them going.

Ruthie Stein is a true farmwoman who works in the barn and fields. When her mother falls and breaks her hip, Ruthie soon finds she cannot get by on her own. Through a set of unusual circumstances, another woman named Ruth comes into her life to be the caretaker for her ailing mother. In this novel, set in rural upstate New York in the 1950s and 1960s, two women meet, fall in love and build a life together in spite of the secrecy that society of the time requires.

In “The Two Ruths,” readers are ushered into the world of LGBT relationships where trials and challenges arise propelled by hypocrisy and the lack societal support. Through this novel, Bellinger seeks to juxtapose the stereotype towards lesbian couples and highlights how their faith in God plays a significant role to a lasting relationship.

“This novel demonstrates that against all odds, these women often stayed together as long as many other heterosexual couples, but were denied the recognition of a marriage, making their difficulties even greater to endure,” the author adds.

About the Author
Martha Emily Bellinger is a graduate of Syracuse University, a seminarian at Princeton Theological Seminary and a master of theology degree alumna of Boston University School of Theology. She was ordained in the United Methodist Church in 1974. Discovering her true sexual orientation as a lesbian and understanding her church’s prejudice against the LGBT community, she remained in the closet but left the ministry after three years to pursue a legal education. After spending sometime as a deputy district attorney, she was appointed to the Los Angeles Superior Court where she served as a jurist for 20 years. Bellinger is married to her partner of 34 years. She is also the author of “From Robe to Robe.”