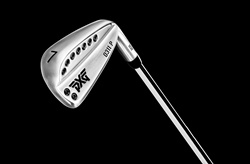 “GEN2 irons are insane. After being fitted, I got about seven yards extra distance and had zero bad shots during my first round with the clubs.”

U.S. based, luxury-performance golf brand PXG has officially released its next generation of iron technology.

“GEN2 irons are insane,” shared PXG customer Dan Doyle. “After being fitted, I got about seven yards extra distance and had zero bad shots during my first round with the clubs.”

“It literally took me two shots to fall in love with these irons,” said eight-time LPGA TOUR champion Anna Nordqvist. “The first shot felt amazing, it was almost too good to be true. The second shot proved that I wasn’t dreaming.”

Forged from 8620 soft carbon steel, for enhanced aesthetics and durability over time, PXG 0311 GEN2 Irons have the sleek look of a blade and a buttery-soft feel.

“PXG GEN2 Irons improve on our already outstanding technology in every measurable way,” said PXG founder Bob Parsons. “Custom fitted, the results speak themselves. These are the best irons we’ve ever made.”

Engineered to be custom fitted and built to spec by hand, PXG 0311 GEN2 Irons are priced at $400 a club for Chrome and $500 for Xtreme Dark. Purchased through PXG, price includes a custom fitting with a highly-trained PXG Fitter, access to an extensive matrix of premium shafts and a wide array of grip options.

To learn more or to schedule a fitting, visit PXG.com.

ABOUT PXG
Parsons Xtreme Golf (PXG) was founded by American entrepreneur and philanthropist Bob Parsons in 2014. Leveraging breakthrough technology and sophisticated manufacturing processes that integrate high-performance alloys, PXG produces the finest golf clubs in the world. The company has more than 175 global patents issued for its proprietary designs.