By turning employee functions over to artificial intelligence, financial services companies hope to gain reduced operating costs, better customer service, and a heightened competitive edge. Without greatly improved performance from existing IT systems, however, these gains may prove illusory. 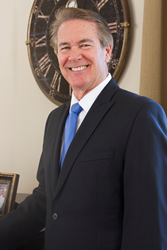 Anthony Jenkins, former CEO of Barclays Bank, predicts that over the next 10 years, advances in financial technology—especially in artificial intelligence (AI)—could cause the number of people employed by the financial services sector to decline by as much as 50%, providing the industry with huge cost savings and enabling a much more competitive atmosphere.1 “That’s the vision,” says James D’Arezzo, CEO of Condusiv Technologies. “The reality is more complicated. Unless banks deal with the performance issues that AI will cause for ultra-large databases (typically run on Microsoft SQL servers), they will not be able to take the money gained by eliminating positions and spend it on the new services and products they will need in order to stay competitive.”

Looming technical issues notwithstanding, senior banking executives increasingly agree on the inevitability of AI-based services and an accompanying major reduction in industry workforce. Former Deutsche Bank CEO, John Cryan, predicted a “bonfire” of industry jobs as automation takes hold across the sector, noting that increased processing power, cloud storage and other developments make possible tasks that had previously been seen as too complex for automation.2 More recently, Vikram Pandit, who ran Citigroup during the financial crisis from 2007 to 2012, said that developments in artificial intelligence and robotics could reduce the need for banking staff in support roles by as much as 30% over the next five years.3

D’Arezzo, whose company is the world leader in I/O reduction software, notes that providing the IT capability to support this wave of AI will not be a trivial matter. Financial industry CIOs are already under pressure to provide timely responses to increasingly complex requests for data analysis,5 and AI applications—which are far more demanding in terms of both data throughput speed and quality6—will vastly increase that pressure.

Intensive hardware upgrades, often cited as a solution to this problem, may often simply make matters worse. D’Arezzo cites as an example a recent announcement that the Tokyo Institute of Technology Global Scientific and Computing Center has begun the development of a new supercomputer, the Tsubame 3.0, to meet the demands of artificial intelligence and big data applications. The Japanese Ministry of Economy, Trade and Industry has committed to investing $1.9 billion in the project.7

“This machine is not on the market yet,” says D’Arezzo, “and we have no idea what it will cost when it becomes available. Existing supercomputers, however, tend to weigh in at $50 million to several hundred million, plus implementation and data transition costs. For most financial institutions, this approach to the AI challenge—throwing hardware at it—not only negates the cost-reduction advantages AI has to offer, but is unnecessary. A much better way for the industry to manage AI is to increase the performance of its existing infrastructure, particularly SQL databases, which could produce the same efficiencies at a small fraction of the cost of new hardware.”

Condusiv Technologies is the world leader in software-only storage performance solutions for virtual and physical server environments, enabling systems to process more data in less time for faster application performance. Condusiv guarantees to solve the toughest application performance challenges with faster-than-new performance via V-locity® for virtual servers or Diskeeper® for physical servers and PCs. With over 100 million licenses sold, Condusiv solutions are used by 90% of the Fortune 1000 and almost three-quarters of the Forbes Global 100 to increase business productivity and reduce data center costs while extending the life of existing hardware. Condusiv Chief Executive Officer Jim D’Arezzo has had a long and distinguished career in high technology.

Condusiv was founded in 1981 by Craig Jensen as Diskeeper Corporation. Jensen authored Diskeeper, which became the best-selling defragmentation software of all time. Over 37 years, he has taken the thought leadership in file system management and caching and transformed it into enterprise software. For more information, visit http://www.condusiv.com.