Jeffrey M. Davis’s newly released “The Shadow of Evil” is a must-read powerful work for those who have been struggling to cope with a tragic loss.

“The Shadow of Evil” from Christian Faith Publishing author Jeffrey M. Davis is an insightful and honestly written book about the murder of his mother in 1991 by a serial killer and his emotional and spiritual struggles as he takes the road to recovery from the tragedy. 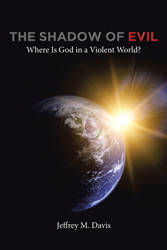 “The Shadow of Evil”: a moving book on the pain and despair he has felt when his mother was murdered and his journey to healing. “The Shadow of Evil” is the creation of published author, Jeffrey M. Davis, a Christian who has earned his master’s degree in education in the field of counseling psychology who has traveled extensively across the county to present to survivor groups.

Jeffrey shares, “To many homicide survivors, the only acceptable form of justice is to witness the death of the one responsible for their loss (preferably slowly and painfully by their own hands). While forgiveness is a central tenet of Christianity, many survivors I know, including practicing Christians, would be satisfied with nothing less than personal revenge. Obviously, such unrealistic expectations place the victim or survivor in a no-win situation, because no matter what the ultimate outcome, no punishment will be enough to satisfy their thirst for personal vengeance.
Unfortunately for most crime victims today, their hope for achieving retribution through the legal system also remains largely unfulfilled. They rightfully demand that their offenders be made to pay for what they have done, and the court system represents their only legitimate recourse. Sadly, not only does the justice system provide them little satisfaction in this respect, but it does an equally poor job of even serving as a deterrent to lawless behavior.”

Published by Christian Faith Publishing, Jeffrey M. Davis’s new book is a contemplative work on how he has dealt with loss due to violence and the emptiness, loneliness, and frustration he has felt while facing the senseless murder of his mother, reaching out to those whose mental, emotional, and spiritual stability are challenged by traumatic life events.

This book can comfort and uplift people who have lost their loved ones over any form of violence. Davis narrates his emotions and experiences without sugarcoating and hopes that people will choose to keep the faith despite tragedies.

View a synopsis of “The Shadow of Evil” on YouTube.

Consumers can purchase“The Shadow of Evil” at traditional brick & mortar bookstores, or online at Amazon.com, Apple iTunes store, or Barnes and Noble.

For additional information or inquiries about “The Shadow of Evil”, contact the Christian Faith Publishing media department at 866-554-0919.