A third of Brits can’t get travel cover

As a survey reveals over a third of Brits struggle to obtain travel insurance cover, travel technology specialist Aquarium Software is warning the industry needs to urgently address the issue, as an ageing population is set to accelerate the problem, unless it is tackled head-on. 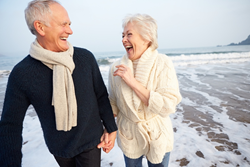 Covering older travellers is an opportunity for those who can capitalise on new technology. Tentative steps have already been made, but this needs to be ramped up by the industry, to avoid a nasty shock in two decades’ time.

Those with pre-existing or past conditions, such as cancer, diabetes or blood pressure, can be denied cover, or charged four times the premium as anyone else; even if they have been healthy for years.

Over 65s are most affected and these older travellers do represent a claims risk and as insurers paid out £370m last year, quotes must reflect risk reality. In 2014, the average UK age exceeded 40 and by 2040, one in seven of us will be over 75. A way must be found to offer affordable cover to these groups, or more will choose the nuclear options of travelling with no cover – or being untruthful or less than exact about pre-existing conditions.

“Technology is the creative sword to cut this Gordian knot, said Aquarium Software Director, Mark Colonnese. “Chronic conditions are going to become commonplace and without affordable insurance, a shrinking customer base and increased fraud are likely bi-products. The dilemma of covering high-risk groups while staying in profit cannot be kicked down the road much longer. The average travel claim stands at £2,000 and repatriation can be tens of thousands, so you can see the problem - but some are using technology to try and pick up the can.”

Co-op is offering insurance inclusive of all ages and medical conditions and using technology so travellers can speak to a doctor before and during a trip via smartphone; just one example of how technology can be employed to keep prices down by identifying potential problems early. Face recognition software is also being used for life cover and such solutions are the shape of things to come. “Covering older travellers is an opportunity for those who can capitalise on new technology,” added Colonnese. “Tentative steps have already been made, but this needs to be ramped up by the industry, to avoid a nasty shock in two decades’ time,” concluded Mark.

Aquarium Software is used by a number of travel insurers; pet insurers; and other consumer service providers and affinity partners in the UK, Europe, USA and Canada. For further information contact Aquarium Software on +44 (0)161 927 5620 or visit http://www.aquarium-software.com