Teen Suicide Prevention is the Aim of Golf Tournament 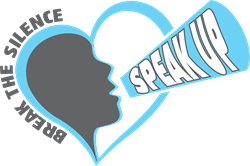 A brief conversation with any of the parents recently affected by their loss makes you realize the importance of breaking the stigma associated with talking about suicide. Many believe that if they talk about the subject it will lead to more suicides – that is a myth that needs to be erased.

SPEAK UP has been announced as the beneficiary of the 2018 Freedom Bank Founders Club Invitational, presented by TPP Certified Public Accounts, golf tournament to be held on Monday, June 18th, 2018 at the Nicklaus Golf Club at LionsGate in Overland Park, Kansas. “We are, unfortunately, all too aware of the need to provide assistance in our community for the prevention of teen suicide. SPEAK UP is doing incredible work to bring awareness of the need to begin talking about a subject that society often sees as taboo, or off-limits. A brief conversation with any of the parents recently affected by their loss makes you realize the importance of breaking the stigma associated with talking about suicide. Many believe that if they talk about the subject it will lead to more suicides – that is a myth that needs to be erased,” said Dave Vander Veen, President of Freedom Bank and Tournament Chairman.

“Just one example, that I am certain touches most parents in all communities, is sleep deprivation combined with the use of such things as smart phones/tablets/laptops or online gaming systems. When a person becomes sleep deprived their capacity to think clearly becomes muddied and their judgment becomes impaired. When teens are in bed at night with a smart phone/tablet/laptop and they find themselves in a situation where social media is erupting – they can get into a downward spiral and may not be able to get out of it due to their impaired judgment. Increasing the awareness of these hazards will hopefully assist in avoiding these circumstances. If our kids can’t avoid the circumstances, hopefully, they can recognize the signals and break away from the circumstances before it is too late. This is only one example of awareness that comes about from talking about the subject,” continued Vander Veen.

SPEAK UP arose from the tremendous devastation of losing children to suicide in 2015. The Arkin family, who lost their son Jason, and the Doss family, who lost their daughter Sara (Prideaux), came together to form the foundation. The two families walked different paths but have come together to shine as much light on education and awareness of suicide prevention. Others in our local community (suburban Kansas City) who have lost loved ones in the very short time since the inception of the foundation have joined in the effort. The Marrs family lost their daughter Lane, the Young family lost their son Ethan and the Ryan family lost their son Jack. Through tragedy they have found each other and through SPEAK UP they keep the memory of their children alive.

SPEAK UP works to offer a comprehensive mental health program to schools in the Greater Kansas City area at no cost. The programming includes:

SPEAK UP is an acronym for Suicide Prevention Education Awareness for Kids United as Partners Foundation.

“The Founders Club Invitational is a wonderful vehicle for the players and sponsors to make a meaningful impact for the lives of teens in our community, through a charity doing great work,” added Vander Veen.

“To be a “community bank,” there must be a real group of friends, people of similar interests and goals working together in an atmosphere of trust, shared vision and integrity. That spirit is at the core of the Freedom Bank Founders Club,” said Kurt Knutson, Founder, Chairman and CEO.

“Our shareholders and customers are the players and sponsors of the golf tournament. They all understand that one of the cornerstones of our philosophy is that the more value we bring our core group, the more the community will prosper. SPEAK UP is absolutely needed in our community and players and sponsors are thrilled that SPEAK UP has been named the beneficiary of the 2018 tournament,” continued Knutson.

Freedom Bank is a locally owned and managed community bank in Overland Park. The bank focuses on its community and banking privately-held businesses throughout metropolitan Kansas City. As of March 31, 2018, the bank’s total assets were $180 million.