Recent release “Barley Corn John” from Page Publishing author David Bailey is an engaging story of adolescent misadventures in and around a small Minnesota town. Join Barley Corn John and his friends as they cross paths with a true villain and must elude him for their own safety. 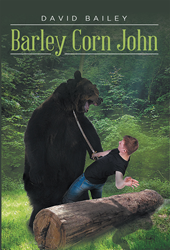 David Bailey, a resident of Minnesota, attended University of Minnesota, graduate of Augsburg College, and US Army veteran whose love of adventure became a calling to become a private pilot, has completed his book “Barley Corn John”: an engrossing story recalling a simpler time and the innocent excitement of childhood adventures.

David shares, “This is a tale that can be enjoyed by all ages, though some of the inferences may be lost on very young readers.

"Many individual chapters can stand by themselves as they depict today’s concerns—notably, corporate greed and how it is solved by Barley Corn. No money, no problem. When you want to sneak into the state fair, even though you promised not to do so, you take an “oath” to “always” sneak in. An oath always supersedes a promise.

"Barley accidently kills a bear with a Civil War sword. This puts his name and picture in the newspaper. Tunnel Man sees the paper identifying Barely and his whereabouts. The chase is on.

"Belief in ghosts, childhood adventure and misadventure, are a part of the story. Some of the chapters are based on actual happenings- notably, the apology in church as seen by the author in his early youth.

"At the heart, this is a fun book filled with dreamy humor and youthful adventure.”

Readers who wish to experience this entertaining work can purchase “Barley Corn John” at bookstores everywhere, or online at the Apple iTunes store, Amazon, Google Play, or Barnes and Noble.