Recent release “The Lion Roars” from Page Publishing author Bruce Raymond Calandro is a compelling discourse delving into biblical passages pertaining to Israel’s founding years and how it has been since its founding. 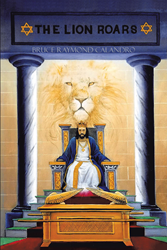 Bruce Raymond Calandro, a Los Angeles native, was influenced greatly by his two grandfathers. From his German grandfather he learned how easy it is for a country to deteriorate when details are overlooked. From his Italian grandfather he learned to stand firm when one feels they are right. Bruce has completed his new book “The Lion Roars”: a potent book that explains God’s ultimate plan for his chosen people of Israel and the many events that caused their struggle as a nation.

Author Calandro presents a deep topic on the redemption of Jews from exile both in physical and spiritual aspects: “The people were treating each other so treacherously that God could not find a place in the land to dwell. In order for God to live among his people, they would have to be on common ground with him, which they were not. Jeremiah was diligently walking the land, pleading with the people to repent of their sins and draw closer to God, for he knew that God would ultimately punish his people. They were openly worshipping the god Baal by burning incense on the rooftops of Jerusalem in his honor. As a result, they built altars up the sides of the valley of Jezreel, to sacrifice the children of God unto Baal with fire. Why would they defy God in such a manner?”

Readers who wish to experience this evoking work can purchase “The Lion Roars” at bookstores everywhere, or online at the Apple iTunes store, Amazon, Google Play, or Barnes and Noble.