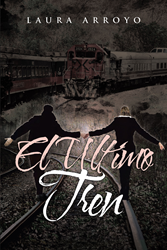 Laura Arroyo, an award-winning writer born in Chihuahua, Mexico and living with her family in the United States since 1992, has completed her book “El Último Tren”: a passionate tale of good versus evil and the struggle between duty and destiny.

Rodrigo is a man whose destiny was determined by love misunderstood by Lucia, whom he has known since he was a teenager and she a girl; that love directs his steps throughout his life, leading him to relate indirectly to some of the communist organizations formed mainly by students in Mexico during the seventies.

Being a native of Ciudad Juarez, its history allows the reader to enter life on the largest border between Mexico and the United States of America. Heir of the iron character of the border that struggles to overcome the economic and social disadvantages that are presented, Rodrigo notably achieves economic well-being, which subsequently introduces him into politics, where he intends to fight for social welfare, one of his great inspirations.

His love for Lucia has obsessive and magnanimous nuances that lead him to risk his life on more than one occasion. The adverse circumstances that have to face to get the love of it, have to do with the different battles of his life. The disturbing interest of a guerrilla fighter for her, the empathy between her and a handsome doctor and the greatest of them all: the struggle between good and evil, duty and will temper her will and lead her destiny.

“The Last Train” reveals that true love between two people can arise at the wrong time, that forced decisions subject the will and disrupt the lives of those who love each other. Rodrigo and Lucia suffer absences and disagreements between both. "The Last Train" is a novel full of adventure, mystery and romance that will leave the reader reflecting on the strength of destiny.

Readers who wish to experience this engrossing work can purchase “El Último Tren” at bookstores everywhere, or online at the Apple iTunes store, Amazon, Google Play, or Barnes and Noble.