It’s not that getting a weight loss surgery makes defeating obesity easy in any way, it’s that it makes it achievable, says the Los Angeles healthy and beauty clinic. 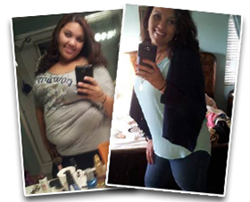 Mellissa lost 65 pounds with the help of a bariatric procedure at Beverly Hills Physicians.

Weight loss surgery makes weight loss more possible for patients, but they still have a lot of their own work to do.

An April 5 essay on Shape relates a young woman’s ultimately successful fight to lose a stunning 175 pounds, going from 275 to 100 pounds while becoming a social media celebrity. The weight loss was challenging in that the woman initially lost 60 pounds in the aftermath of her gastric sleeve procedure but then, even with a much smaller stomach that couldn’t hold more than a few ounces at a time, she was able to find high calorie low volume foods that she could still consume, the result being that she regained a discouraging 45 pounds. It took the help of a trainer, counseling, and a lot of soul searching before she was able to get back on track and lose such a stunning amount of weight. Los Angeles area health and beauty clinic Beverly Hills Physicians says that, while relatively few patients have as hard a struggle, her story does reflect that reality that bariatric surgery makes weight loss more possible for patients, but they still have a lot of their own work to do.

Beverly Hills Physicians says that it’s important for people to understand the nature of obesity if they are to understand the importance of weight loss surgery. While obesity is likely preventable for most people, the reality is that, once we become a certain weight, the human body is set-up to keep us at that weight. People who are overweight or obese often have higher levels of hunger inducing hormones than others; when they begin to lose weight, the body starts to actually produce even more of the hormones. Thus, says Beverly Hills Physician, a tendency that might have been beneficial in past times when food was often scarce and starvation a real possibility, has become a genuine menace. The nagging and sometimes overwhelming desire for food caused by hunger-inducing hormones going into overdrive likely sabotages the large majority of serious weight loss efforts.

It appears, however, that procedures such as a sleeve gastrectomy work in two ways, says Beverly Hills Physicians. First, it removes roughly 70-85% of the stomach so that eating more than a small amount of food at one time will become uncomfortable. In addition, it turns out that the part of the stomach removed is also largely responsible for the production of the hunger hormones. Therefore patients not only find it impossible to eat a large volume of food at once, they also often have a great deal less desire to overeat in the first place. However, since every patient is different, the operation’s impact will manifest itself in different ways and some may adjust more rapidly than others. The important thing, says Beverly Hills Physicians, is for patients to realize that, while their procedure makes defeating obesity once and for all a great deal more achievable, they still have plenty of work to do.

In addition to outstanding medical care from a highly experienced and knowledgeable bariatric surgeon, Beverly Hills Physicians offers additional support from a registered dietician and psychologist specializing in weight loss issues. To find out more, members of the public may call 800-788-1416 or visit the medical group’s web site at http://www.BeverlyHillsPhysicians.com.