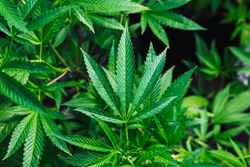 If more people would ‘come out’ and be counted as cannabis users, we would begin to see the true definition of this consumer base and dispel a whole lot of misnomers preventing us from truly realizing the benefits of cannabis.

As the world celebrates 420 Day, a date now considered the unofficial weed lovers’ holiday, 420TV is looking to redefine what it means to be a “typical pot user”… and it’s not what many people think. The newly launched VOD channel with content by and for the worldwide cannabis phenomenon suggests that we don’t need to look beyond our own social circles to find typical pot users because they’re all around us… from business executives, soccer moms and athletes to military veterans, professors and chronic pain sufferers.

A January 2018 Pew Research Center poll revealed that a record-breaking 61 percent of Americans now support legalization, nearly double the survey’s response in 2000, and a 2017 survey conducted by Yahoo! News and Marist College found that nearly 55 million Americans are current cannabis users, with close to 35 million consuming cannabis regularly (once/twice month). These results suggest a slightly different population than the stoner stereotypes that have long pervaded media.

“It’s about time that the world remove the taboos and stereotypes surrounding cannabis use, and start seeing it for what it is,” said Alex Nahai, a founding 420TV partner. “If more people would ‘come out’ and be counted as cannabis users, we would begin to see the true definition of this consumer base and dispel a whole lot of misnomers preventing us from truly realizing the benefits of cannabis.”

420TV hopes its originally produced programs like “Medical Marijuana Miracles,” “Cannabiz” and “In Amsterdam,” will help shine positive light on the evolving cannabis industry and the diversity of its consumer base by sharing the compelling, real-life stories of people involved.

“Producing these series has given us powerful perspective on what it means to be a ‘typical pot user,’ and that’s hardly limited to the typecast character from ‘Fast Times at Ridgemont High’ or ‘Pineapple Express.’ Nahai continued. “Cannabis consumers represent a wonderfully diverse culture unbound by age, race, sex or income level… whether they use it for simple pleasure or to reduce pain and improve quality of life.”

To watch 420TV, please visit https://420tv.com/ or download the 420TV App from iTunes or the Google Play Store.

About 420TV
420TV is a video-on-demand entertainment and lifestyle network devoted to original programming, news and other content for, and about, the worldwide cannabis phenomenon. Available through 420TV.com and its iOS and Android mobile applications, 420TV delivers original programming produced exclusively for the multi-platform channel as well as acquired long- and short-form entertainment. Content categories include news, information, food, fashion, comedy, music and animation, as well as acquired feature films, documentaries, music and live streaming events. 420TV was developed by OWNZONES Media Network, Genesis Media and Alex Nahai Enterprises. For more information, please visit https://420tv.com/.