In some jurisdictions, the police can request a warrant for a blood test electronically if you refuse a breath test after a DUI stop. Noted DUI Defense Attorney Tim Martin of Martin & Kent explains what this new development means to drivers. 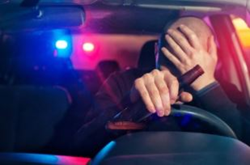 Is the e-warrant a game-changer for DUI stops?

As its name implies, the "e-warrant" allows the police to electronically request a warrant to take a blood draw immediately — before the traces of drugs or alcohol begin to dissipate.

The scenario for a DUI stop rarely varies: a policeman pulls a driver over late at night after observing him or her weaving or speeding or committing some other kind of traffic infraction. The policeman asks for license, registration and proof of insurance.

Traditionally, at that point, the cop would arrest the driver and take him to jail. However, if the driver had been in an accident resulting in injury or death, he would call in for a warrant to take a blood sample at a local ER.

Sometimes it was hard to find a judge who could sign such a warrant. Then many jurisdictions put judges "on call" late at night and on weekends specifically to sign a paper warrant, which had to be physically transported to the courthouse.

Still it was cumbersome: all that analog technology like landline phones and paper warrants slowed the process down.

In many jurisdictions, that's changing: the DUI arrest has gone digital with the introduction of the "e-warrant."

As its name implies, the "e-warrant" allows the police to electronically request a warrant to take a blood draw immediately — before the traces of drugs or alcohol begin to dissipate. It enables officers to communicate directly with a judge through a teleconference, after which he can sign the warrant electronically. The officer receives permission to take a blood draw within minutes.

It all sounds seamless, right? One problem: the police officer isn't actually the person who draws the blood -- he has to drive the suspect to the nearest ER or clinic where a healthcare worker takes the blood.

Or doesn't. Defense lawyers envision cases where the suspect is physically resisting and the healthcare worker simply refuses to stick a needle in them, fearing for the safety of the suspect as well as their own. Or perhaps the ER is swamped on a weekend night, too busy saving lives, and can't afford to take time for a blood draw. ER personnel may also be wary of providing blood samples to any outside labs, where mistakes might be made.

In other words, healthcare workers may resist their new, expanded law enforcement duties.

And drivers still have a right to refuse a blood draw. In fact, defense attorneys are practically salivating at the prospect of contesting a forced blood draw in court.

So, as is the case, with breath tests, there are legal, ethical and practical reasons why drivers and healthcare workers will still refuse to cooperate.

And that’s their right.