The Earth Without Bats: a Nightmare Lurking in the Wings 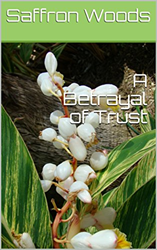 You [Saffron Woods] are officially my favorite author. -- Katelynn J.

At first consideration myth, cryptogamic soil, mycelium and Chiroptera (bats) appear to have little in common, that is unless you happen to be a reader of Saffron Woods. Without each of these aforementioned entities, humankind and the biosphere in which we co-exist might not have evolved to support the only known lifeforms in the vastness of this universe. Ours is an existence of inter-dependent keystone species and a threat to one is a threat to all. Make no mistake, bats are a keystone species on par with the humble bee and the environmental threats to both promise imminent risk to humanity.

Many are unaware that bats pollinate over 500 flowering plants, including species of mango, banana, cocoa, durian, guava, and agave (used to make tequila). Perhaps more importantly, insectivorous bats worldwide consume ~500,000 pounds of insects per day and several species of these arthropods carry and spread pathogens lethal to humans and livestock, the mosquito being especially noteworthy. Without bats life on Earth would be a nightmare for mammals as blood-feeding and plant-devastating insects reproduce unchecked, free to consume our crops and to feed on us; leading to widespread suffering and death due to disease, starvation and the geopolitical conflicts that would inevitably ensue due to the resulting scarcity of nutritional and medical resources.

Today, the International Union for the Conservation of Nature (IUCN) currently lists 24 bat species as Critically Endangered, meaning they face an imminent risk of extinction. Fifty-three others are Endangered, and 104 bat species are considered Vulnerable. Bats also are among the most under-studied of mammals. The IUCN lists 226 bat species as “Data Deficient”– there is simply too little information available to determine their conservation status. Of the 1,296 bat species that have been assessed by the IUCN almost a third are considered either threatened (vulnerable, endangered, or critically endangered) or data deficient, indicating the need for more conservation attention to these species.

“Why did I write the book ‘A Betrayal of Trust'? I became aware of the very real threat of the extinction of the entire bat family through two documentaries I had watched while working on one of my prior books. It occurred to me that bat preservation was extremely important to the health of the biosphere in concert with combating climate change so I decided to make this a plot driver for my overall story to help raise awareness of how critical bats are to humanity. After several months of working on the story, I read an online news feed reporting that Jeff Bezos the founder of Amazon.com was asking for suggestions as to what he should allocate his millions of philanthropic dollars toward and I decided to tie that concept into my story too. Bats need our help and the conservationists and scientists who want to help them need financial support from forward thinkers like Mr. Bezos. Additionally, I wanted to write about ‘The Procession’ and the coming ‘Age of Aquarius’. Now more than ever people are divided by corrupt, polarizing and manipulating forces as the ‘Age of Pisces’ emits its final death rattle. Human Beings need to look forward with hope, not fear and I felt I could perhaps assist with that transition to hopefulness through my writing. The New Age will bring with it understanding, compassion and healing for all of us and our beautiful planet.” -- Saffron Woods.

Saffron Woods is an inspirational storyteller and author of five novels who was motivated to return to writing when her youngest child prepared to leave home for college: empty nest syndrome was not the reason. Saffron has been taking stock of the state of our existence for some time now and she is deeply affected by how we as a world-society are failing in our stewardship of the environment and our fellow humankind. The impact that our actions and inactions will have on future generations could be catastrophic if we do not raise the collective awareness of our mutual neglect and change our ways of relating to all living things and our communal planet-home. There is no “Plan B” for Earth, at least for the foreseeable future.

In addition to the environment, Saffron’s works of fiction endeavor to illuminate some of the most important and controversial social topics of our time, including child abuse, domestic violence, human trafficking, mental illness and the abuses committed upon those so afflicted, PTSD, under-researched devastating illnesses, death with dignity, medically assisted suicide, the medicinal use of cannabis, and diverse dimensions of human sexuality including the needs and concerns of the LGBTQ communities.

“A Betrayal of Trust” narrates the story of wildlife biologist and chiropterologist Dr. Neffer Dawson. Hailing from the state of Oregon, Dr. Dawson suffers the most devastating day of her young life when virtually everything she believes defines her unravels at once. With no one to turn to at the moment, Neffer makes a random stop to collect herself only to have the gaping hole from her past unexpectedly filled, thus revealing a passageway to a future she never imagined possible for herself or her work. Overcoming her insecurities, traumas, and shame, Nefer gives the most important presentation of her bruised career setting into motion a series of events that may save our planet but at what unexpected expense? Come join Nefer on a wondrous and precarious journey that will take her from her home-state halfway around the world as she pursues her passion and love while trying valiantly to shed her horrific past. She hopes to avoid an even more horrifying future for herself, her family and for us all.

If you appreciate the writings of Gillian Flynn (Gone Girl) or Stieg Larsson (The Girl with the Dragon Tattoo), consider adding Saffron Woods to your reading short-list.

Inquiries may be directed to: saffronwoodsproductions@gmail.com

“A Betrayal of Trust” is offered exclusively at Amazon.com (tm) https://amzn.to/2K2LPXi and is included in the Kindle Unlimited selection. Saffron’s works continue to be available only in ebook form in support of efforts to reduce deforestation.

Reader Reviews/Comments
“You [Saffron Woods] are officially my favorite author.”
“This story gives hope and shows strength, love, and compassion from people who [have] been abused… how to have courage and love to go forward.. Also it inspired me to go back into the kitchen and enjoy cooking ..again… And to Live your Life..no matter who tries to hurt you..”
“‘The River of Memory’ puts ‘Fifty Shades of Grey’ to shame.”
“This is one of the best books that I have read in [awhile]. It has everything a reader could ask for: suspense, romance, creativity in character development and just overall fantastic storytelling.”
“This is the 4th book I have read by saffron. And again doesn’t disappoint. Although this was one of the harder ones to read I know it was harder to write this book. But I’m so glad she did. It brings to light some of the problems that peeps live with every day. I myself am a survivor of ptsd from sexual assault. This book touched on some of the struggles that people with ptsd can go through. I highly recommend this book as well as all her books.”
“I hate you right now [Saffron] but I can’t put this book down, either of them!”
“After reading it [The River of Memory] I couldn’t talk for a day.”