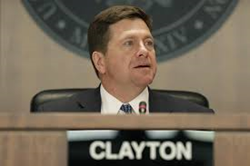 With the recent Fifth Circuit decision overturning the DOL’s fiduciary rule, understanding the potential scope of the SEC’s proposed fiduciary rule becomes even more important for investment advisors and brokers

On April 18, 2018, the Securities and Exchange Commission (“SEC”) released a 1,000-page set of proposals intended to limit brokers and investment advisors’ conflicts of interest for nonretirement and retirement accounts. The SEC’s proposal, which has become known as the “best-interest proposal”, is subject to a 90-day comment period and revisions before being finalized.

The need for investors looking to use retirement funds to purchase cryptocurrencies to understand the fees involved, importance of holding the private key, as well as recognize the risks involved when using retirement funds to purchase cryptocurrencies. “I wanted people to understand that they have choices when using a self-directed IRA to buy bitcoin and there are better options available than paying high broker commissions and giving up control of the private key,” stated Adam Bergman.
IRA Financial Group is the market's leading provider of self-directed retirement plans. IRA Financial Group has helped thousands of clients take back control over their retirement funds while gaining the ability to invest in almost any type of investment, including real estate, cryptocurrency, and private business investments.

Adam Bergman, IRA Financial Group partner is a frequent contributor to Forbes on the topic of self-directed retirement plans and has written seven books the topic of self-directed retirement plans, including How to use Retirement Funds to Purchase Cryptocurrencies, The Checkbook IRA, Going Solo, Turning Retirement Funds into Start-Up Dreams, Solo 401(k) Plan in a Nutshell, Self-Directed IRA in a Nutshell, and In God We Trust in Roth We Prosper.