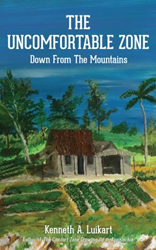 While we didn't like the war, we went and we served

“In 1968, most of us in the U.S. Army were patriots,” the author states. “While we didn't like the war, we went and we served. This book is about a young intelligence analyst and how I was able to predict enemy attacks.”

Readers will step into the Vietnam War and look at the situation of U.S. troops as they waged to stop the communist aggression.

“This book attempts to show how intelligence supports the war fighter and how young men are selected and tempered to become intelligence analysts,” Luikart says. “It is noteworthy because the tools used to track the enemy lacked modern technology, requiring a pencil.”

Kenneth Luikart was a combat order battle analyst for the U.S. Army during two tours in Vietnam. From 1975 to 2001, he also served as a National Guard wing intelligence non-commissioned officer. His previous book was The Comfort Zone: Growing Up in Appalachia.