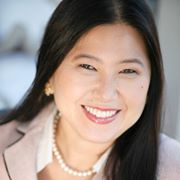 The capsule contains a biofilm that may include fragments of silicone, bacteria, calcification, and inflammatory cells that can cause problems if left in the body. By removing the implant and the entire capsule, the healthy tissues can heal completely.

In 2017, almost 400,000 women underwent surgery with breast implants - whether for cosmetic breast augmentation or for breast reconstruction after mastectomy. Despite significant improvement in implants since they were first introduced in the 1960s, however, studies by the implant manufacturers have shown that within seven years, 50% of women with breast implants will undergo another operation to fix problems with their implants.

One common problem with breast implants is the development of capsular contracture, a condition in which the scar tissue that forms around the implant becomes hard and painful. “Scar tissue is the body's natural response to the presence of any foreign body. With breast implants, the body creates a barrier of scar tissue around the implant to wall it off and protect it from the rest of the body,” says breast reconstruction specialist Dr. Constance M. Chen. “This barrier, or capsule, may be soft, flexible, and barely noticeable or it may become hard and painful, like a hard shell that develops around the implant and that may subsequently distort the breast.” Capsular contracture is essentially a tightening – or contracting – of the scar tissue. Symptoms usually emerge gradually and may be noticed first as a feeling of mild tightening. As contracture increases, the breast may appear misshapen and become very firm and painful, especially when lying on it.

There are several factors that may precipitate capsular contracture, such as a low-grade bacterial infection, hematoma (blood pooled in the breast pocket), and seroma (fluid collected in the breast pocket). Studies suggest that an implant with a textured surface may be more protective against capsular contracture than an implant with a smooth surface, but textured surfaces also place patients at higher risk of infection and large cell anaplastic lymphoma. Since implants are foreign bodies, they do not have a defense mechanism against infection. Placing the implants under – rather than above – the pectoral muscle can reduce the risk of capsular contracture due to the constant massaging action of the pectoralis muscle, but it can also lead to more pain due to the unnatural position of the implant. Sometimes, exercises or massage can be helpful after implantation to break up hardened scar tissue. Ultimately, it is impossible to prevent the development of an implant capsule altogether, as scar tissue is formed when the body heals.

In general, capsular contracture is treated by removing the implant. Not all surgeons remove the capsule, because a complete capsulectomy is a very meticulous and time-consuming procedure. A complete capsulectomy requires removing capsular material that may be attached to the chest wall or ribs, which can risk damage to surrounding structures including the lung. A partial capsulectomy removes only some of the capsule, leaving some material behind. A capsulotomy (as opposed to a capsulectomy) involves using electrocautery to make breaks in the capsule to release the tightness while leaving the actual capsule in place - much like cracking a shell to release it but not actually removing any of the shell itself. Other surgeons remove the implant and leave the capsule alone entirely, believing that the capsule will eventually be resolved by the body. Postoperative imaging has actually shown that the capsule sometimes does get resorbed by the or it thins out over time. Implant removal alone is the quickest, easiest, and possibly safest procedure, as even complete capsulectomy can and often does lead to a return of the contracture if a new implant is placed.

That said, there are good reasons to remove the entire capsule with the implant. When the implant is removed with no implant replacement, a complete capsulectomy reduces the likelihood of a subsequent seroma because the raw tissue surfaces can heal and adhere properly to each other without the residual capsule in the way as a barrier. “It can be very helpful to remove the entire capsule,” says Dr. Chen. “The capsule contains a biofilm that may include fragments of silicone, bacteria, calcification, and inflammatory cells that can cause problems if left in the body. By removing the implant and the entire capsule, the healthy tissues can heal completely.”