Don West a legend and a giant in broadcasting has joined Boink Live Streaming. He will serve as a advisor to the company while using his expertise and driving force in the launching of the new, "Bonk Be Live" mobile streaming and broadcasting application. 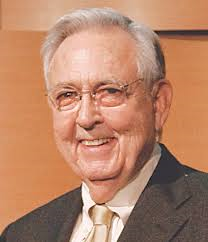 Boink Live Streaming Corp., has a recently-launched app with plans for broadcasting and watching live steaming videos free for download on iTunes store, Apple and Android; and through its website at http://www.boinklive.com.

The Board of Directors elected Michael Gilburd as Chairman/CEO two months ago to lead this social media-sharing and social networking company. The former American Express Managing Director is remaining as President and Chief Executive Officer of ValuCorp, the Business Valuation and Intangible Appraisal company, along with Board of Directors member Joe Abrams

About Don West
Don West is the President of SQN Ventures LLC which operates two websites, https://www.linkedin.com/in/donald-west-498a7617 and
http://www.tvnewscheck.com/article/89101/don-west-mr-broadcasting-now-a-giant who is also the author of The Alabaster Box (1995).

Prior experience and accomplishments include:

Boink Live Streaming Corp. was formed as a Delaware corporation for creating a social media platform based on broadcasting and watching people live streaming. Our corporate offices are in the Philippines, Indonesia, the United Kingdom and the United States (New York and Scottsdale). Our application was programmed by our technical partner iMagically, with production builders for the app in the Ukraine, by IDAP corporation, Castle productions in Indonesia and its beta version is currently available on Google ITunes store, Apple store and works on all Android and Apple phones.

We have created a free to download mobile application that allows its users to watch and broadcast live streaming videos while earning rewards and cash. With one click our users will be able to go live, broadcast themselves, meet new people, connect with their favorite celebrities and gain followers, all by sharing their moments, lifestyle and attitude. Our application features live streaming and chat, so our users may stream videos and use our live chat to comment and talk during the live stream; stickers that stay on the face while broadcasting; and live filters and make up effects to liven up the streaming video they are broadcasting. The application also includes live feed search using hashtags allowing users to find videos and broadcasters in line with their interests, hobbies and personalities. The Bonklive Live stream can be shared through other popular social media platforms such as Facebook, Twitter, Instagram and Snapchat to gain followers. The application will allow its users to send gifts to their favorite broadcasters. These gifts can be turned into gold bars which can be redeemed for national currencies.

Boink will capitalize on the growing entertainment market across the world through the production and promotion of high quality streaming entertainment. With strategic offices located in the Philippines, Indonesia, Ukraine, Romania, the United Kingdom and the United States.

Safe Harbor Statement
This press release contains forward-looking statements that may be subject to various risks and uncertainties. Such forward-looking statements are made pursuant to the "safe harbor" provisions of the Private Securities Litigation Reform Act of 1995 and may include statements regarding our estimates, future contracts, future financial performance or results of operations, including the number of recurring subscribers, revenue growth, cost of revenues, operating expenses, interest expense, net loss and cash flow. Unless otherwise required by law, we undertake no obligation to publicly update or revise any forward-looking statements, whether because of new information, future events or otherwise after the date of this press release. Additional information concerning risks and uncertainties that may cause actual results to differ materially from those projected or suggested in the forward-looking statements may be found in the company’s private Placement Memorandum.

Joe Abrams founder of My space