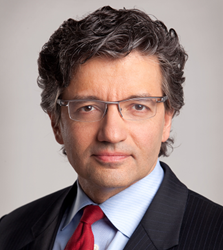 On, Wednesday, April 25th, 2018, Senator Christopher Murphy (D-CT) took to the floor of the U.S. Senate to, as M. Zuhdi Jasser President of the American Islamic Forum for Democracy (AIFD) claims, "smear American Muslim leaders in the Muslim Reform Movement as collateral damage in the course of his scorched earth partisan attack against Secretary of State-designee Mike Pompeo." During his speech on the floor, Murphy said:

“Mike Pompeo was deeply intertwined with this network of anti-Muslim organizations. There was a really interesting study that I hope some of you will take a look at that details this network of organizations. They have fairly innocuous sounding names, like the American Islamic Forum for Democracy, the Middle East Forum, The Investigative Project on Terrorism… Those sound like things that I might be for, but if you really take look at what they do, they preach intolerance”.

Murphy then labeled the AIFD among others as an “anti-Muslim” organization.

In response, Dr. Jasser is demanding an immediate apology from Senator Christopher Murphy and a retraction of his statement labeling AIFD and other anti-Islamist, anti-Jihadist Muslims and leaders as anti-Muslim and intolerant. "Do we need to remind Senator Murphy who obviously knows little to nothing about Islam, Muslims, or any of the dynamics within the American Muslim community," Jasser states, "that declaring any group of organizations let alone American Muslims as being anti-Muslim is the equivalent of declaring Takfir (the declaration by radicals that a Muslim has left Islam and is an apostate, an infidel, or an enemy of Muslims)? Does Senator Murphy really think it appropriate to say the same thing about us on the floor of Senate that would be said about us by theocrats on the floor of tyrannical Islamist governments in 'Islamic Republics' like Iran, Saudi Arabia, Pakistan, or Sudan? Does he not understand that such declarations are essentially declarations of apostasy or death threats?"

Dr. Jasser continues, "It is a sad day in American discourse when a United States Senator motivated by partisan extremism willfully slanders and maligns an American Islamic organization. Never mind that our AIFD happens to actually be dedicated to countering Islamist radicalization and leading efforts at reform in order to defend the homeland. The sad truth Senator Murphy ignores, is that had he actually read the work we have done with former Congressman Pompeo (R-KS), he would have learned that we, for example, joined the Congressman in exposing the radical Islamist ideology of a radical imam, Sheikh Monzer Taleb, preaching in Congressman Pompeo’s backyard in Wichita. To us, there is nothing more pro-Muslim. Unfortunately, Senator Murphy prefers to read from the scripture of American Islamist talking points handed to him and his staff. (See: It’s Not Islamophobic to Protest a Pro-Hamas Speaker)."

Dr. Jasser concludes, "We certainly welcome any conversation with the Senator’s office and hope that in the future he would avoid using the talking points handed to him from separatist American Islamist organization."