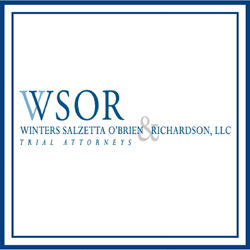 The $1.5 million settlement serves not only as the CTA’s admission that the bus operator was negligent by operating the bus while distracted, but also that Cherish’s mother, La’Tasha Upshaw, played no role and bears no fault in the death of her daughter - Attorney John Winters

The Chicago Transit Authority agreed on April 18 to compensate the family of Cherish Myers in the amount of $1.5 million as a result of the negligent operation of a CTA bus that led to the tragic death of 19-month-old Cherish on Memorial Day, May 26, 2014.

Cherish was struck by the CTA No. 6 Jackson Park Express bus as she exited a driveway on the 7700 block of South Shore Drive. The CTA bus was traveling in a northbound direction along South Shore Drive with the bus operator testifying that it was a clear day and that she had an unobstructed view for one block away while she was scanning the area from sidewalk to sidewalk. Despite that testimony, the bus operator did no braking until .06 seconds prior to striking Cherish and did not do full-service braking, which would have stopped the bus at approximately 31 feet as opposed to the 60 plus feet it took the bus operator to bring the bus to a stop. In the five seconds prior to impact, a passenger crossed the yellow line and was paying her fair alongside the bus operator, causing the bus operator to be distracted.

At the time Cherish was struck by the CTA bus, her mother, La’Tasha Upshaw, was in the family apartment retrieving a bike for Cherish to ride. Prior to retrieving the bike, Ms. Upshaw left Cherish with a family member in the rear parking lot of the complex over 100 feet from South Shore Drive. The family member allowed Cherish to go across the street with a neighbor and Cherish was with this neighbor immediately prior to being struck by the northbound CTA bus.

“The $1.5 million settlement serves not only as the CTA’s admission that the bus operator was negligent by operating the bus while distracted, but also that Cherish’s mother, La’Tasha Upshaw, played no role and bears no fault in the death of her daughter,” said John Winters, Upshaw’s attorney.

Attorney John F. Winters, Jr. is a founding member of the law firm of Winters Salzetta O’Brien & Richardson, LLC. He has represented numerous clients in receiving settlements and verdicts for their personal injury and wrongful death cases involving vehicle accidents, medical malpractice, product liability, and police misconduct.
For further information about this case, contact Winters at his office at 312-236-6324 or on his cellphone at 312-953-3663.

Based in Chicago, Winters Salzetta O’Brien & Richardson, LLC, is among the premier personal injury law firms in Illinois. Peers have recognized the firm’s attorneys for their outstanding representation in the areas of motor vehicle accidents, medical malpractice, workplace injuries, civil rights violations, premises liability and safety, nursing home law, and wrongful death cases. For more information or to schedule an appointment, call 312-236-6324 or visit http://www.wsorlaw.com.