Walter A. McDougall Named Ginsburg-Satell Chair Of FPRI’s Center for the Study of America and the West

The Foreign Policy Research Institute (FPRI) is pleased to announce that Walter A. McDougall has been named the Ginsburg-Satell Chair of FPRI’s Center for the Study of America and the West. 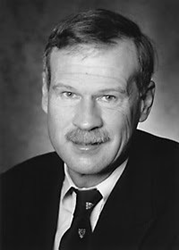 The Foreign Policy Research Institute is pleased to announce Walter A. McDougall as the Ginsburg-Satell Chair of FPRI’s Center for the Study of America and the West.

As Chair, he will deliver the Annual Ginsburg-Satell Lecture on American Character and Identity, with the inaugural lecture set for Tuesday, May 15, to be hosted and cosponsored by the Museum of the American Revolution. The title of the first lecture is “America’s Machiavellian Moment: Origins of the Atlantic Republican Tradition – Or Where Did the Founders Get Their Ideas?.” In this lecture, McDougall will delve deeply into the origins of the American political tradition by exploring the legacies of Medieval and Renaissance Europe, and the transmission of these ideas across time and space.

The chair and the annual lecture were made possible by gifts from the Stanley and Arlene Ginsburg Family Foundation and Edward Satell.

The Center for the Study of America and the West at FPRI, directed by Ronald J. Granieri, reflects an interest in Transatlantic relations that is an integral part of FPRI’s DNA. It encourages research and publication that illuminate the key dimensions of American identity and Western civilization and seeks to enrich the teaching of American and world history through a series of weekend-long professional development programs for high school teachers. The Center publishes The American Review of Books, Blogs, and Bull; sponsors a monthly interactive program called Geopolitics with Granieri; and produces a series of animated video primers for students on topics in American history and government.

Walter A. McDougall is the founding Co-Chairman of FPRI’s Butcher History Institute and Chairman of FPRI’s Board of Advisors. He is also the Alloy-Ansin Professor of International Relations and Professor of History at the University of Pennsylvania. His articles and columns have appeared in the New York Times, Wall Street Journal, Los Angeles Times, Commentary, and other national publications. McDougall is the author of several critically acclaimed books including:

His latest book is The Tragedy of U.S. Foreign Policy: How America’s Civil Religion Betrayed the National Interest (Yale University Press, 2017). One reviewer described McDougall as a “national treasure,” while another labeled him “America’s greatest living historian.” His honors include a Pulitzer Prize, election to the Society of American Historians, and appointment to the Library of Congress Council of Scholars.

McDougall received his Ph.D. in history from the University of Chicago and is a veteran of the Vietnam War.