Makers Nutrition was named the winner of ten Stevie® Awards in the 16th Annual American Business Awards®. Stevie winners will be presented with their awards on June 11 in New York 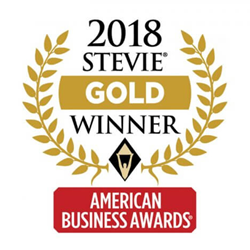 The American Business Awards are the U.S.A.’s premier business awards program. All organizations operating in the U.S.A. are eligible to submit nominations – public and private, for-profit and non-profit, large and small. Nicknamed the Stevies® for the Greek word meaning “crowned,” the awards will be presented to winners at a gala ceremony at the Marriott Marquis Hotel in New York on Monday, June 11. Tickets are now on sale.

More than 3,700 nominations from organizations of all sizes and in virtually every industry were submitted this year for consideration in a wide range of categories. More than 200 professionals worldwide participated in the judging process to select this year’s Stevie® Award winners.

“The nominations submitted for The 2018 American Business Awards were outstanding. The competition was intense, and those recognized as Stevie Award winners should be immensely proud of this accomplishment,” said Michael Gallagher, president and founder of the Stevie Awards.
Details about The American Business Awards and the list of 2018 Stevie winners are available at http://www.StevieAwards.com/ABA.