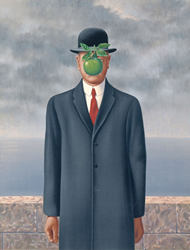 A visit to San Francisco is not complete without taking in at least one of the city’s many arts and cultural attractions. The San Francisco Travel Association offers eight reasons to make the trip during the summer of 2018.

A visit to San Francisco is not complete without taking in at least one of the city’s many arts and cultural attractions. The San Francisco Travel Association offers eight reasons to make the trip during the summer of 2018.

This unique exhibition will feature an array of artwork and family mementoes from each of the Nine Old Men, including sketchbooks, caricatures, snapshots and original art from classic animated films such as “Pinocchio” (1940), “Bambi” (1942), “Peter Pan” (1953), “Lady and the Tramp” (1955) and “Sleeping Beauty” (1959).

Never-before-seen personal artwork, paintings, sculptures, concept art, and character drawings—including Mickey Mouse—will all be on display, alongside documentary interviews with these masters of animation, and rarely exhibited pencil tests and final color scenes that showcase their genius.

“René Magritte: The Fifth Season” - presented exclusively at the San Francisco Museum of Modern Art - focuses on the latter half of Magritte’s career, from approximately 1943 to 1967, a period of remarkable transformation and revitalization for the artist. With loans from North and South America, Europe and Asia, it is the most complete presentation of Magritte’s late work mounted since the artist’s death in 1967. With more than 20 artworks being shown for the first time in a U.S. museum, and the first concentrated examination of Magritte’s sunlit surrealism and gouaches in this country, it marks a major milestone in the artist’s exhibition history.

Seventy oil paintings and gouaches reveal Magritte as an artist especially attuned to the paradoxes within reality. The subtitle “The Fifth Season” - taken from one of Magritte’s paintings made during the war years - evokes an alternative realm and references the artist’s belief in the special capacity of art to awaken viewers to new possibilities. Sometimes unsettling and often humorous, Magritte’s powerful paintings draw one into a parallel universe that seems to exist simultaneously with the recognizable world and challenge one to reconsider what is real.
For more information, visit http://www.sfmoma.org.
May 26-Sept. 3, 2018: “Inflatable: Expanding Works of Art” at the Exploratorium

This summer, hundreds of thousands of visitors will walk through the doors of the Exploratorium to find it inhabited by a different kind of visitor: massive, inflatable works of art. The renowned San Francisco museum is partnering with art, design, and visual culture blog “Colossal” to present a summer blockbuster worth traveling for: “Inflatable: Expanding Works of Art.” The exhibition will present a curated selection of large-scale, inflatable artworks by emerging and mid-career contemporary artists, distributed throughout the museum floor alongside the 650-plus exhibits that demonstrate scientific and natural phenomena.

July 26-Nov. 18, 2018: “Lew the Jew and His Circle: Origins of American Tattoo” at the Contemporary Jewish Museum

In a new, original exhibition, The Contemporary Jewish Museum examines the work of “Lew the Jew” Alberts (born Albert Morton Kurzman, 1880–1954), one of America’s most influential tattoo artists at the beginning of the 20th century. The exhibition, drawn from the collection of San Francisco artist, author and tattoo legend Don Ed Hardy, includes never before exhibited original tattoo artwork, photographs and correspondence between Lew and San Francisco tattooists “Brooklyn Joe” Lieber and C.J. “Pop” Eddy. Alberts, the son of two Jewish immigrants living in New York, learned tattooing as a member of the armed forces overseas during the Spanish-American War and was the original creator of what is now known as tattoo flash—the samples used in tattoo shops.

Now in its 11th year, Outside Lands will return to San Francisco’s historic Golden Gate Park (once called the “outside lands” of the city), showcasing a world class music, art and comedy lineup alongside the best of the Bay Area’s food, wine and beer. Leading the musical charge this year are powerhouse performers Janet Jackson, Florence + The Machine and The Weeknd. Outside Lands has again curated a forward-thinking lineup by combining the hottest new talent with artists like Sabrina Claudio, Kelela, Daniel Caesar, Tash Sultana and more, alongside crowd favorites like Beck, Bon Iver and CHVRCHES.

“Contemporary Muslim Fashions” is the first major museum exhibition in the U.S. and globally to explore the complex and diverse nature of Muslim fashions and current modest dress codes. This pioneering exhibition will examine how Muslim women have become arbiters of style within and beyond their communities and, in so doing, have drawn attention to the variations and nuances of their contemporary lives. Spotlighting places, garments and styles from around the world, the exhibition will traverse different religious cultures and interpretations - ranging from high-end fashion, to street wear and commissioned couture from emerging and established designers - in order to consider how Muslims define themselves and are defined by their dress.

Gilbert Baker arrived in San Francisco in 1972 during the early years of the gay liberation movement. One of Baker’s final creations before his death in 2017 is on exhibit at San Francisco International Airport (SFO)—the flag he made for the ABC television miniseries “When We Rise,” based on the memoirs of his longtime friend, LGBTQ activist Cleve Jones. This universally recognized symbol of pride and solidarity was introduced nearly 40 years earlier at San Francisco’s Gay Freedom Day Parade. View it in the International Terminal, pre-security.