According to a study in the newest issue of Phycologia, climate change and other major factors are contributing to rapidly growing levels of algae in Lake Baikal. The changing levels of algae growth are creating an ecological crisis in the lake with more research needed to examine its full impact on the ecosystem. 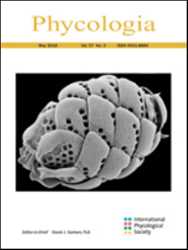 This is one of the most important freshwater systems in the world and it is undergoing major changes as a consequence of climate change, industrial pollution and eutrophication.

Phycologia — Eastern Siberia is home to the world’s deepest and most ancient freshwater ecosystem, Lake Baikal. This lake and its surrounding tributaries are one of the largest sources of pure drinking water in the world, containing some of the most diverse and unique organisms. Recent biological changes are causing a major shift in the composition of this system, which could have global ramifications. According to David Garbary, editor of Phycologia, “this is one of the most important freshwater systems in the world and it is undergoing major changes as a consequence of climate change, industrial pollution and eutrophication.”

One of the most recognizable shifts affecting Lake Baikal is the rapidly increasing number of Spirogyra, a diverse form of algae. Researchers from the Limnologiceskij institut SO RAN, Irkutsk, Russian Federation, recently conducted a study published in the current issue of Phycologia. The study reports the first data on the growing population of Spirogyra found in and around Lake Baikal and its tributaries.

More than 500 samples from 61 sites at varying water depths were examined to identify taxonomy, species richness and distribution throughout the freshwater system. The researchers also measured water temperature, conductivity and pH of the sites when available. All samples were examined within of 3 to 4 days of collection, and photographs were taken of each specimen.

The researchers identified 15 taxa of Spirogyra, of which eight were new to Lake Baikal and nine were new to the region. They also found eight species that had never been reported in Eastern Siberia. Of the 61 sites tested, 54 were positive for Spirogyra associations. This is remarkable because Spirogyra has never been dominant or even subdominant within the algal communities of Lake Baikal. The researchers also highlight that the most abundant population was located at sites near settlements and tourist destinations, which are sources of organic pollution. When examining the water temperature, it was found that Spirogyra were growing in much lower temperatures than normal, and this was attributed to the year-round solar radiation and higher water transparency not seen elsewhere.

The researchers have surmised, “Obvious causes of the algal biomass growth are elevated nutrient loads in coastal zones. However, it is difficult yet to answer why mainly Spirogyra species give a response to this factor, but not other algae. Perhaps the ability of Spirogyra to exist in different living forms results in its current vast spatial distribution and ability to occupy new niches in Lake Baikal.”

The data presented in this study show that Lake Baikal is on the verge of an ecological crisis as other organisms are being overrun by the increase in Spirogyra population. This is an extreme case of how climate change, industrial pollution and human activity can affect the environment. More research is required to fully examine how this rapid increase of Spirogyra will impact Lake Baikal and its surrounding tributaries.

Full text of the article, “Morphotaxonomy, distribution and abundance of Spirogyra (Zygnematophyceae, Charophyta) in Lake Baikal, East Siberia” Phycologia, Vol. 57, No. 3, 2018, is available at http://www.phycologia.org/doi/abs/10.2216/17-69.1.