CEO of Futureview Group, Elizabeth Ebi Appointed a Member of The Board of CIS

Futureview Group, CEO, Mrs. Elizabeth Ebi is appointed as a member of the Board of Fellows of the Chartered Institute of Stockbrokers. 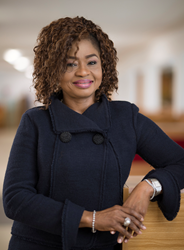 After 20 years, we remain one of the best because of our willingness to evolve and adapt to the changes surrounding us.

Mrs. Ebi holds a first-class B.Sc. degree in Business/Health Administration from New York University and an MBA from the George Washington University, USA. She has over 37 years experience in finance and investment management and is also the first female stockbroker licensed on the Nigerian Stock Exchange as well as the first ever female founder and Managing Director of an Investment bank in Nigeria. She was appointed Director of Assurance Bank by the Bureau of Public Enterprises (BPE) and has been an Independent Non-Executive Director of PZ Cussons Nigeria Plc since 2008.

Since its inception in 1993, Futureview has earned several awards and recognitions and has remained one of the leading traders by volume on the floor of the Exchange since 2001. In a 2014 feature on Globenewswire, Mrs. Ebi stated that she founded Futureview with a vision of being the “leading investment banking firm in the world”, despite being a Nigerian-based company. “After 20 years, we remain one of the best because of our willingness to evolve and adapt to the changes surrounding us.” says Mrs. Ebi in another interview with World Finance. Futureview made history in 2003, when they were one of the only two Stockbrokers/Financial Advisers appointed by the Federal Government of Nigeria to advise on the issue of the first N150 billion bond to the public.

Mrs. Ebi’s appointment by the CIS is definitely well-deserved, given her numerous achievements.

Other Members of the Board of Fellows of the Chartered Institute of Stockbrokers are: