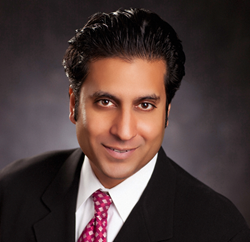 It's Not About the Injury...It's About the Recovery!

TOP 1% of ATTORNEYS
The Million Dollar Advocates Forum is recognized as one of the most prestigious groups of trial lawyers in the United States. Membership is limited to attorneys who have won million and multi-million dollar verdicts, awards and settlements. The organization was founded in 1993 and there are approximately 5000 members located throughout the country. Fewer than 1% of U.S. lawyers are members. Forum membership acknowledges excellence in advocacy, and provides members with a national network of experienced colleagues for professional referral and information exchange in major cases. Members of the Million Dollar Advocates Forum must have acted as principal counsel in at least one case in which their client has received a verdict, award of settlement in the amount of one million dollars or more.

More About the 160M Verdict

ABOUT PAUL S. PADDA, ESQ.
Paul S. Padda is a graduate of University of Illinois School of Law. His areas of concentration include personal injury, immigration and employment.

NEED HELP?
If you are in an auto accident, motorcycle accident, truck accident, suffer personal injury due to the negligence of others or are the victim of medical malpractice or in need of an immigration attorney in Las Vegas contact Paul S. Padda at Paul Padda Law, PLLC. 702.366.1888 https://paulpaddalaw.com