Shocking RSPCA claims that London pet owners are more interested in feeding their TV addiction than their pets, is backed up by YouGov research commissioned by pet insurance specialist Aquarium Software. 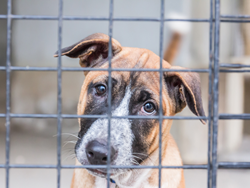 We were surprised by the YouGov poll putting London bottom in terms of pet care, but the harrowing stories from the RSPCA seem to be broadly in line with our own research. The RSPCA findings are truly shocking.

The poll showed almost half of Londoners never had pet insurance, and 16 percent would not spend any money at all to save their pet’s life; helping to brand London as the worst pet parent region in Britain.

Figures published by the RSPCA in April paint an unacceptable picture of people paying Sky subscriptions rather than feeding their pets; with 30 new cruelty cases reported daily and people putting pets on the street to avoid vet bills. Contrast this with the East of England, where almost half of owners have insurance and at 30 percent, those who don’t is lowest by far of any region in Britain.

“We were surprised by the YouGov poll putting London bottom in terms of pet care, but the harrowing stories from the RSPCA seem to be broadly in line with our own research,” said Aquarium Software Director, Mark Colonnese. The RSPCA findings are truly shocking. Microchipping has helped but doesn’t catch every irresponsible owner.”

Financial status can be a factor in animal cruelty; some are clearly taking on pets either unable to afford them or unaware of the true cost of ownership. “People taking on a pet need to understand the price and practicalities,” added Colonnese. “You need to think about food, grooming, and vet bills, plus the amount of your time they demand and deserve. The average whole of life cost of owning a dog today stands at £16,900 and even more for a cat, yet far too few appreciate these facts,” concluded Colonnese.