The AAA Four-Diamond hotel, one of downtown Los Angeles' largest convention hotels, to be led by a proven leader in hotel operation and revenue achievement. 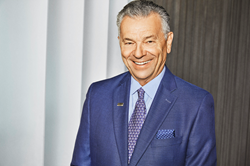 The Westin Bonaventure Hotel & Suites, Los Angeles announces that Ken Pilgrim has been named Managing Director for the AAA Four-Diamond hotel. With 1,358 rooms and suites, The Westin Bonaventure is one of the city’s largest convention hotels located in the heart of vibrant downtown Los Angeles. The hotel is operated by Interstate Hotels & Resorts.