Georgia SoftWorks Announces Launch of the GSW ConnectBot for Android 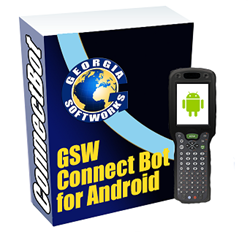 One of the most exciting features we added are the current, safe SSH algorithms. Now, it is the most cryptographically secure, commercially supported SSH Client for Android, on par only with the GSW SSH Clients for Windows

“We were impressed with the original ConnectBot, yet it was missing features that decades of experience had shown were required in commercial and industrial environments. The original ConnectBot is open source, and GSW decided to make it commercial grade,” said Johnny Douglas of GSW. “We kept the familiar user interface while adding industrial features and robustness. One of the most exciting features we added are the current, safe SSH algorithms. Now, it is the most cryptographically secure, commercially supported SSH Client for Android, on par only with the GSW SSH Clients for Windows.”

The GSW Connectbot launches with a variety of features. The ability to run multiple SSH sessions at the same time, persisted sessions when a user temporarily switches to another Android app, compatibility with a wide variety of hosts and the allowance for an administrator to preconfigure host shortcuts all come standard in the GSW Connectbot. Other standard features include compatibility with display of data and frames, configurable answerback, configurable screen size, Stay Connected features, Application Lockout for production environments and Configuration/Settings Lockout for production environments. It also uses safe SSH algorithms for 2018 to ensure the strongest SSH security and encryption available for Android.

“The GSW Connectbot shines because we watch current literature and discussions of cryptography to keep our software constantly updated. This ensures that our customers aren’t using a cryptographic algorithm that has recently found vulnerability or weakness,” said Douglas.

Georgia SoftWorks is a software development company located in Dawsonville, Georgia USA who has gained worldwide recognition for their development of the GSW Telnet Server for Windows and SSH Server for Windows. The GSW Telnet and SSH Server for Windows are industrial quality software designed for superior operation in the most demanding mobile RF Terminal environments. GSW has end-users and resellers in every continent (except Antarctica). Their software is used in a variety of industries, including government, automobile manufacturing, schools, oil companies, airlines, pharmaceutical, medical, food and beverage and more.