Pastor at The House of Yahweh states most people do not really know who they worship and says they need all the facts. 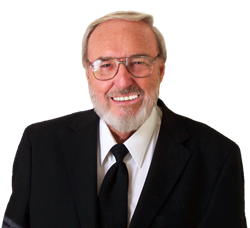 When it comes to ‘God’, people get sensitive and defensive, but I need them to be open minded and willing to just read and see the history and facts based around this topic

Yisrayl Hawkins, Pastor and Overseer at The House of Yahweh in Abilene, Texas, has written a new post this week that will make many question who or what they believe spiritually. Yisrayl goes against the grain and says he knows he will ruffle some feathers with his revelations but is willing to do so, as he knows the truth is more important.

“When it comes to ‘God’, people get sensitive and defensive, but I need them to be open minded and willing to just read and see the history and facts based around this topic,” Yisrayl points out.

Yisrayl says that most people believe it doesn’t matter what you call the Creator as long as you have ‘good intentions’. He says this could not be further from the truth. His letter exposes common religious misconceptions and straight-up myths that surround the Creator’s Name and Faith in general. He says there is so much more to religion than what most believe, and he wants to share what will really get one’s prayers answered and Eternal Life.

“The Scriptures are clear as to what you must call the Creator in order to get prayers answered, but there’s also much more to it than that. Stop guessing and start learning,” Yisrayl says.

Yisrayl is determined to show the world what the true original Faith is and means, and how to be a part of it. He says there is only one and he has proof to back-up everything he teaches. He encourages readers to educate themselves on this topic so mainstream religion will not be able to deceive them any longer.