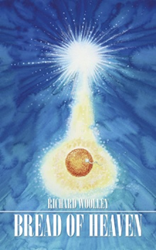 Inspired by the trials and tribulations of trying to juggle various aspects of his own life as a filmmaker and future father in the 1980s, Richard Woolley’s book “Bread of Heaven” (published by AuthorHouse UK), focuses on a 35 year old man, Joe Travis, who is facing similar challenges. The title acts as a metaphor for the ups and downs of life and creativity, and as a symbol for the solidarity of people from different backgrounds in times of trouble. “Bread of Heaven” can be purchased at: https://www.amazon.co.uk/Bread-Heaven-Richard-Woolley-ebook/dp/B0792TYZ9P.

Divided into two parts, the first part is a novel in diary form describing a year (1984-1985) in Joe’s life as he tries to conceive a baby with his partner, write a commissioned screenplay about the coalminers’ strike of that year and make sense out of love, living together, sex and sexuality. Part two contains the complete script of the tragi-comic feature film script that Joe has written about the coalminers’ strike.

“‘Bread of Heaven’ is about the everyday concerns of couples trying to conceive babies wherever whenever, artists trying to create new work, and workers trying to protect jobs in an era when capitalism is getting harsher and personal lives have been politicised on all fronts,” Woolley explains. “Both journal and script aim to offer a fresh and stimulating mix of social and psychological insight, humour and heartache in a hard-headed and worrisome world.”

About the Author
Richard Woolley has been a film director, performer, musician and academic and is still an active author and screenwriter. In the 1980s he made several films for cinema and television, re-issued in 2011 by the British Film Institute in a box set entitled An Unflinching Eye. His films include: Telling Tales (1980), Brothers and Sisters (1981) and Girl from the South (1988). Alongside Bread of Heaven he has written five other novels including Sekabo (2014) and Stranger Love (2016). He has lived in Berlin, Amsterdam, Hong Kong and New Zealand, as well as in his country of birth, England. He has been director of the Dutch Film Academy, founding Dean of Film & TV at the Hong Kong Academy of Performing Arts and inaugural holder of the Greg Dyke Chair of Film & TV at the University of York, UK. He currently divides his time between England and New Zealand.