Chicago Blues Fest-goers will soon have a delicious morning treat to savor—The BLUES FOR BREAKFAST TRIBUTE CONCERT AND BENEFIT! Presented by NEOTERIC NUTRA™, is a special benefit event being held on Sunday, June 10th at Motor Row Brewing. 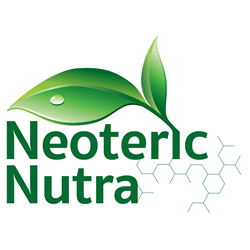 Chicago Blues Fest-goers will soon have a delicious morning treat to savor—The BLUES FOR BREAKFAST TRIBUTE CONCERT & BENEFIT! Presented by NEOTERIC NUTRA™ , is a special benefit and tribute to Eddy "The Chief" Clearwater. The event is being held on Sunday, June 10th at Motor Row Brewing , 2337 S. Michigan Ave in Chicago. Produced by Lynn Orman Weiss, the event will be headlined by Chicago’s Wayne Baker Brooks along with a stellar collage of Blues musicians including prostate cancer survivors, Oscar Wilson (Cash Box Kings), Andre Taylor, Joseph Morganfield, Kenny Kinsey, the Original Chicago Blues All-stars and special guests. The Blues Breakfast Tribute Concert & Benefit is from 8 a.m. – 11 a.m. at Motor Row (2337 S. Michigan Avenue); tickets are a suggested $20.00 donation at the door and also at Orman Music and Media.

This special Blues Breakfast fete will serve three primary purposes. First, as a fundraiser for deserving entities PCa Blue (http://www.pcablue.org) and The HART Fund charities (https://blues.org/hart-fund/). Second, as a Morning of Remembrance to PCa founder JOHN LUPTON, and others who lost their prostate battle including PHIL GUY, RAFUL NEAL, BIG DADDY KINSEY, DAVID MAXWELL, and BARRELHOUSE CHUCK. And, as a “Throwback” to Buddy Guy's morning blues parties at The Checkerboard in the late 70s and early 80s, the Blues Breakfast’s third purpose is realized as it will serve as gathering of the Blues clans—musicians along with local & regional music-makers—catching up and trading friendly barbs over sumptuous Southern fare. The foodstuff is to be provided by Ronny’s original Chicago Steakhouse, 100 W. Randolph St. and will include steak , eggs and grits.

NEOTERIC NUTRA™ and Orman Music and Media Group are honored to have the opportunity of presenting this singular event to Chicagoland blues aficionados. Neoteric Nutra says, “ Neoteric Nutra is excited to be able to be a part of the Chicago Bluesfest by sponsoring the Blues for Breakfast Event.  We are deeply saddened by the loss of Chicago Blues Legend Eddy Clearwater and honored to be a part of an event so focused on sustaining the Chicago music community. All of the proceeds from this event go to the Hart Fund, and Buddy Guy’s Prostate Cancer Foundation, PCa Blue.”

PCa Blue, is a 501(c)(3) national nonprofit organization dedicated to saving lives through education and awareness of prostate cancer. It leverages blues music and healthcare professionals to educate men and their loved ones, so they recognize their personal risk, seek appropriate testing and, if diagnosed, understand the numerous treatment options available for them. The Blues Foundation established the HART Fund (Handy Artists Relief Trust) for Blues musicians and their families in financial need due to a broad range of health concerns. The Fund provides for acute, chronic and preventive medical and dental care as well as funeral and burial expenses. Throughout the year at various events the HART Fund provides free health screenings for musicians, with services including but not limited to checking blood pressure, cholesterol, diabetes, prostate cancer, Hep C, anemia, thyroid, kidney and liver testing via blood work. Lynn Orman Weiss of Orman Music says,
“Blues For Breakfast is dedicated to the memory of Blues Legend Eddy ‘The Chief’ Clearwater who passed away last week. Eddy Clearwater will be remembered by the children of Muddy Waters, Willie Dixon and Lonnie Brooks. Joseph Morganfield, Freddie Dixon and Wayne Baker Brooks along with Oscar Wilson of the Cash Box Kings, Andre Taylor and The Eddy Clearwater Band. I am honored to bring together such a stellar group of Blues musicians to honor Eddy and his legacy,” said Lynn Orman Weiss publicist for Eddy Clearwater and organizer of Blues For Breakfast.

Proceeds from the Blue Breakfast Tribute Concert will directly benefit the coffers of PCa Blue and The Hart Fund.