With metastatic melanoma cases on the rise, doctors continue to search for effective treatment solutions for controlling brain tumors. Industry-leading San Diego Gamma Knife Center® says therapies combining stereotactic radiosurgery and certain immunotherapies could be the key the medical community has been searching for. 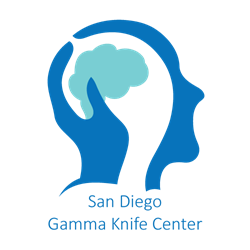 Gamma Knife was a real breakthrough in treatment for people living with cancer that metastasized to the brain. This procedure dramatically improves outcomes for patients and can often be completed with just one treatment.

Over the past 10 years, diagnoses of new cases of melanoma, the most dangerous form of skin cancer, have risen by a staggering 53%.(1) Unfortunately for many, melanoma often metastasizes, or spreads, to other organs in the body, including the brain. But for decades, an innovative procedure known as stereotactic radiosurgery (SRS), or Gamma Knife™ surgery, has given hope for better outcomes for those living with brain metastases. And while doctors explore treatment solutions to ultimately end this problem, there is hope for improved patient outcomes through the combined use of SRS therapy and innovative new immunotherapies, such as Ipilimumab. Merging these types of treatments could be the key in controlling—and ultimately curing—certain types of brain tumors caused by metastatic melanoma, say experts at the industry-leading San Diego Gamma Knife Center®.

In the United States alone, an estimated 178,560 new cases of melanoma will be diagnosed this year.(1) And even though melanoma is very treatable if diagnosed early, almost 50% of all people with melanoma will develop brain metastases.(2) Furthermore, even though current treatments offer some hope for tumor management, the five-year survival rate falls to just 20% when melanoma spreads to distant organs, including the brain.(1)

Since the late 1960s, SRS/Gamma Knife surgery has been used to effectively treat certain brain tumors that were previously thought to be inoperable.(3) This noninvasive, typically outpatient treatment delivers a precise dose of gamma radiation to specific sections of the brain, shrinking tumors and eventually dissolving them.(4) By pinpointing tumors for treatment, Gamma Knife treatment delivers radiation only to malignancies, sparing healthy brain tissue from the effects of radiation.(4)

Dr. John Alksne, Professor of Neurosurgery at the University of California, San Diego, and a treating credentialed neurosurgeon at the San Diego Gamma Knife Center, says, “Gamma Knife was a real breakthrough in treatment for people living with cancer that metastasized to the brain. This procedure dramatically improves outcomes for patients and can often be completed with just one treatment. And as our understanding of metastatic melanoma grows, we’re finding that using the Gamma Knife in conjunction with other cancer treatments is even more effective at successfully managing tumors than we could have hoped.”

While SRS continues to be a key treatment for certain metastatic melanoma tumors affecting the brain, researchers continue to explore ways of improving patient outcomes and survival rates. Growing interest in immunotherapy has already led to the development of Ipilimumab, a monoclonal antibody that works to stimulate T-cells within the immune system to act against certain types of cancer, including metastatic melanoma.(5) Studies have already shown that Ipilimumab, used as part of combination therapy with Gamma Knife surgery for metastatic melanoma, increases the average length of survival after treatment to 21.3 months, compared with just 4.9 months in patients who only received treatment using SRS therapy.(6)

As the only Gamma Knife center in San Diego County, California, the San Diego Gamma Knife Center is uniquely positioned to offer this effective treatment for metastatic brain tumors caused by melanoma. Using Gamma Knife treatment in combination with immunotherapies such as Ipilimumab could be the key to managing metastatic brain tumors and increasing survival rates for people living with metastatic melanoma. With over 4,000 patients already treated, the San Diego Gamma Knife Center offers a powerful treatment option to stop the progression of certain types of brain tumors, increasing the number of positive patient outcomes for people living in local communities and across the nation.

About the San Diego Gamma Knife Center:
Since its opening, the San Diego Gamma Knife Center® has treated over 4,000 patients with various brain disorders from around the world. The facility is equipped to provide advanced radiosurgical treatment for a variety of conditions, including metastatic brain tumors, primary brain tumors, arteriovenous malformations, and functional disorders such as trigeminal neuralgia and cluster headaches.

On the campus of Scripps Memorial Hospital, the Center offers the use of its facilities to credentialed neurosurgeons and radiation oncologists in Southern California. Scripps Memorial Hospital La Jolla provides accurate diagnoses, treatment and support for a range of neurological conditions and disorders. To learn more about the San Diego Gamma Knife Center®, please visit http://www.sdgkc.com