U.S. product placement market expanded 13.7% to $8.78 billion in 2017 and is surging toward a ninth consecutive year of double-digit growth in 2018, fueled by the increased value of brand integrations in live and on-demand television, digital video and recorded music, according to new research by PQ Media. 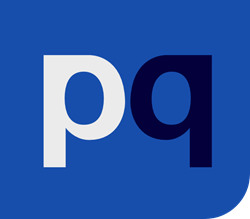 While the number of product placements being executed per year has declined, the value of the brand integrations being done has increased each year since 2009. This trend is being driven by a growing number of more valuable plot integrations in media content, primarily live TV and OTT video.

The U.S. product placement market expanded 13.7% to $8.78 billion in 2017 and is surging toward a ninth consecutive year of double-digit growth in 2018, fueled by the increased value of brand integrations in live and on-demand television, digital video and recorded music, according to new research by PQ Media.

Television, including live TV and OTT video, is by far the largest media channel for product placement. TV generated more than $6 billion in revenues last year, accounting for over 70% of total U.S. brand integration revenues and rising at a double-digit rate compared with 2016.

“While the number of product placements being executed per year has declined, mainly due to less background cameos, the value of brand integrations being done has increased each year since 2009. This trend is being driven by a growing number of more valuable plot integrations in media content, primarily in live TV and OTT video,” said PQ Media President Patrick Quinn.

Major TV networks are expected to garner higher ad pricing in 2018, despite ratings declines and the growth of ad-free streaming. Counterintuitive as it seems, this year’s TV upfront selling period, during which TV networks sell most of their ad space, has reportedly been robust. While volume, or the total number of ads sold, is said to be flat, ad prices (or CPMs) are expected to garner 8% to 13% increases.

“While demand for high-quality TV inventory is reportedly high, what’s changing is how TV budgets are being distributed within major deals between brand marketers and media producers,” Quinn said. “While a good portion of TV dollars are still being allocated for traditional ad pods, more money is flowing into TV and digital ad bundles, product placements and other branded entertainment.”

For the first time, TV networks overtly touted product placement in their most popular shows at this year’s upfront presentations. ABC highlighted appearances by Toyota Camry in “Modern Family” and Quaker Oats on “Good Morning America.” ABC’s groundbreaking sitcom “Black-ish” made headlines earlier this year when Procter & Gamble was written into one episode’s storyline.

The fastest growing segment of overall TV product placement is OTT video, including original programs on Netflix and Amazon Prime. Due to the emergence of streaming video and widespread DVR use, the 18-34 demographic has moved away from live TV. In cases where commercial time is limited, media buyers and brands are increasingly seeking product placement opportunities. Among the high-profile examples in 2017-18 were KFC’s deal with Netflix to appear in “Stranger Things” and Tin Cup Whisky’s integration in “Jessica Jones.”

Product placement in films, the second-largest category – and the only other channel to generate over $1 billion in revenues – grew at a high single-digit rate in 2017. While the film category grew slower than all but one other media channel, it outperformed most other advertising & marketing channels. Among the major movie integration deals in 2017-18 were the integration of Lexus’ LS 500 F Sport in Marvel’s “Black Panther,” Microsoft’s paid placement in “Get Out,” and Atari’s appearance in “Blade Runner 2049.”

Although product placement in music remains a nascent category, generating less than $100 million in 2017, it grew at a double-digit rate, with the surge attributed to more music videos being released on YouTube rather than MTV, which forbids sponsored videos. Increasingly, product placements are appearing in music lyrics, particularly among hip-hop artists, though some of the world’s biggest pop stars have featured memorable placements in their music videos, including Beyoncé, Lady Gaga and Rihanna.

While videogames is the third-largest brand integration category, it grew only 3.8% in 2017, the slowest growth rate of all media channels, as fewer new titles were released compared with 2016, as loyal gamers awaited virtual reality upgrades to console players.

PQ Media’s Global Branded Entertainment Marketing Forecast 2018 is the 7th edition in this groundbreaking series that is recognized worldwide as the industry’s biennial performance benchmark. The latest edition has been expanded to include new branded entertainment platforms and channels, as well as five new countries, delivering intelligent data and analysis covering the 2012-22 period, with five-year forecasts.

The Forecast is the only source to consistently define, segment, size, analyze and project growth in the Top 20 Global Markets by four major regions, all three key media platforms and 11 channels, including:

-Consumer Experiential Marketing, including event sponsorships and event marketing; and