AB 2681, supported by USRC, is the first comprehensive effort taken by California to identify seismic risks at the community level since the Legislature passed unreinforced masonry law SB 547 in 1986 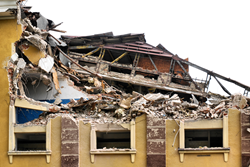 “AB 2681 will prove to be a historic piece of legislation because it marks an important first step in building a comprehensive snapshot of seismic resilience in our communities,” said USRC Executive Director Evan Reis.

For the first time in more than 30 years, a bill to aid communities in identifying buildings at risk of failure or collapse in an earthquake has been passed by the Assembly and is headed to the California Senate for a final vote, the U.S. Resiliency Council announced today.

AB 2681, (Nazarian), passed the Assembly Floor last week by a vote of 51-26It received overwhelming support as it made its way through the state’s Government Organization, Local Government and Appropriations committees.

The bill, which has received the broad support of civic, business and professional organizations, will provide cities with the tools they need to identify dangers to their communities and infrastructure, and the people, services and businesses that are their most important social and economic assets.

“AB 2681 will prove to be a historic piece of legislation because it marks an important first step in building a comprehensive snapshot of seismic resilience in our communities,” said USRC Executive Director Evan Reis. “Growing concern over California’s ability to withstand a major earthquake has prompted leaders from all sides of the political spectrum to support this bill for the sake of our future. We strongly urge the Senate to demonstrate the leadership and foresight necessary to do the same.”

The many benefits of AB 2681 include:

Social well-being:
People have a right to be informed about the buildings in which they live and work based on the best information available. Knowing a structure is at-risk of failure in an earthquake is the first step to protecting vulnerable buildings that make up much of the state’s affordable housing stock, and of avoiding widespread homelessness that may result from a major quake.

Economic stability:
Small business makes up 99.2 percent of California’s economy. Most of these businesses would not be able to survive even temporary impacts from a loss of building space or workforce availability. Studies indicate that widespread homelessness and resulting joblessness from an earthquake disaster would trigger billions of dollars of economic loss to communities and the state. Many businesses would go bankrupt. Reconstruction costs alone are estimated at up to $113 billion.

Environmental health:
Many seismically vulnerable buildings contain asbestos and lead, which, when released into the air and groundwater from crumbled rubble will pose a public health problem of potentially overwhelming impacts. Preventing these structures from damage averts widespread exposure which can impact humans and nature. It also avoids the overburdening of landfills should the state need to dispose of the ruins of a major quake.

“California’s civic leaders are becoming more proactive in advancing emergency preparedness strategies, and that includes assessing risks associated with major earthquakes,” said Tom Robinson, a certified management consultant with 40 years of experience as a city manager and administrator for the cities of La Mirada, La Habra Heights, Cerritos and Commerce. “This bill sets up a process for California cities and counties to work with the State Office of Emergency Services and owners of commercial and multi-family properties to make Californians safer.”

“Earthquakes, in a matter of seconds, can shatter entire communities, leaving large numbers of people homeless and displaced,” said Alisha Wilkins, board member of the Fair Housing Council. “This is important legislation for everyone. It is essential to protecting the social fabric of our communities.”

The legislation has received widespread support from business leaders, who see the bill as an important step in protecting the economic health of communities and the state.

About USRC: The United States Resiliency Council’s mission is to educate, advocate and promote better tools for assessing and communicating building performance; and to refine and implement a meaningful transaction and verified rating system that describes the performance of buildings during earthquakes. http://www.usrc.org.