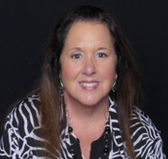 As branch manager, her knowledge about both commercial and residential transactions plus her background in compliance is a phenomenal addition to the team.

Teiah Hester has joined the Cascade branch of North American Title Co. (NATC) as its managing escrow officer. She has a 40-year career as a real estate paralegal, title department manager and escrow professional. Hester has served as an escrow officer in Colorado Springs since moving here in 2015.

“Teiah brings a wealth of knowledge and expertise to our Cascade office,” said Natalie Koonce, NATC Colorado president. “As branch manager, her knowledge about both commercial and residential transactions plus her background in compliance is a phenomenal addition to the team. We are so fortunate to have her join North American Title.”

In 2015, Hester moved to Colorado to be near her military family and worked for the local branch of a national title company. As managing escrow officer, she will close residential and commercial transactions, short sales and relocations, while also serving in a supervisory role.