Self-Controlled vs. Emotionally Constipated: Study Reveals The Drawbacks Of A Lack Of Emotional Expression

A study by PsychTests.com indicates that people who possess good self-control - so good that they don’t express any emotions at all – may suffer for their silence. 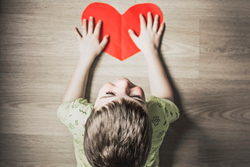 True control is about knowing how to regulate emotions, but still being able to express them as well.

Self-control is not the same as being reserved, and if you have trouble expressing what you feel, you are going to have a hard time dealing with stress and bonding with other people.

Who doesn’t admire the cool, calm, and collected? It’s why both men and women alike are drawn to strong, silent types like James Bond, Sherlock Holmes, and even the ever-somber dark knight, Batman. However, there is something almost unsettling about their seemingly superhuman self-control. Being able to stay calm in emotionally charged situations is an asset; not being able to express any emotions at all, however, is a disadvantage, and in more ways than one, according to research conducted at PsychTests. Among other issues, emotionally “constipated” individuals tend to feel more awkward in social situations, are less confident and assertive, and may also have an underlying high need for approval.

Assessing data from 1,324 people who took PsychTests’Emotional Intelligence Test, researchers compared two groups: The first group, the “Emotionally Controlled,” is good at regulating their emotions and keeping themselves at even keel, yet they are still comfortable expressing their feelings. The second group, the “Emotionally Reticent” is equally skilled at emotional self-control but to the point where they won’t express any emotions at all.

On the one hand, both groups are on par in terms of being empathetic, socially perceptive, and skilled at reading body language. PsychTests’ study reveals, however, that too much control can take a social, psychological and, ironically, emotional toll.

Here is where the Emotionally Controlled group and Emotionally Reticent group differed: (Note: Scores range on a scale from 0 to 100)

Emotionally controlled people are comfortable following their gut and listening to their intuition. If they have a bad feeling about something or someone, they heed the warning. The emotionally reticent group on the other hand prefers a balance of emotion and logic. Their strict emotional discipline could stem from the fact that they believe feelings are irrational and cannot always be trusted.

SELF CONFIDENCE & SELF ESTEEM

Expressing feelings, particularly those that would make a person seem vulnerable (e.g. fear, love), requires a great deal of confidence. This is where emotionally reticent people struggle more than the Controlled group. Oftentimes, they would rather keep their feelings inside than risk the potential for rejection or embarrassment. So while they may appear confident, they are more likely to feel at least somewhat ill-at-ease in situations that require them to express their emotions.

Emotionally reticent people tend to be less ambitious and goal-oriented. This may be because they are less likely to engage in introspection to help them determine what they want out of life, and have difficulty swallowing their pride and admitting when they need help accomplishing a goal.

The precursor to emotional expression is self-awareness – a person can’t express what he/she feels without first figuring out what he/she is feeling. Given that emotionally reticent people are more likely to distance themselves from their emotions, they may not always take the time to sit down and consult their feelings.

Given that reticent people tend to distance themselves from many emotionally charged situations, this makes it difficult for them to learn to adapt to them. Much like resilience, adaptability can only be developed by thought experience and a willingness to face challenging circumstances.

People who are comfortable expressing their emotions tend to be happier than those who keep their feelings inside. This may be because talking things out with someone, a particularly useful coping strategy in stressful situations, can lighten a person’s emotional burden. Emotional reticence can also contribute to feelings of depression and anxiety, conditions that correlate with life dissatisfaction.

The emotional charge around conflict situations can sometimes make it difficult for emotionally reticent people to resolve conflicts effectively. Granted, it’s essential to be able to remain objective in these situations, but a person must also be able to express their feelings tactfully, be it frustration, fear, or love, and accept the other person’s feelings as well.

Although emotionally reticent people do not have a particularly strong need for approval, they show more desire for validation from others than the Emotionally Controlled group. Essentially, while they are skilled at emotional control, there is still a part of them that wants to tell people how they feel…and for those feelings to be accepted and acknowledged.

“We often go on and on about the dangers of a lack of self-control or of impulsiveness, but the fact of the matter is that keeping your feelings inside can be just as unhealthy,” explains Dr. Jerabek, president of PsychTests. “This is particularly true for men. Little boys are often taught at an early age to ‘man-up or toughen up’, and that expressing their feelings will make them seem weak and too feminine. This study makes things very clear: Self-control is commendable; self-discipline is something to be admired. However, self-control is not the same as being reserved, and if you have trouble expressing what you feel, you are going to have a hard time dealing with stress and bonding with other people.”

Want to assess your emotional intelligence? Check out https://testyourself.psychtests.com/testid/3979

What’s the difference between emotional control and emotional reticence…or constipation? Here’s what this study revealed:Emotionally controlled people are able to keep their feelings in balance, but they don’t shy away from or distance themselves from their emotions.

What’s the difference between emotional control and emotional reticence…or constipation? Here’s what this study revealed:Emotionally controlled people are able to keep their feelings in balance, but they don’t shy away from or distance themselves from their emotions.