Dallas appellate attorney Scott P. Stolley, of Stolley Law, P.C., has been named in the 2018 edition of Best Lawyers magazine, under appellate law. 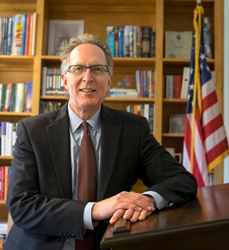 Dallas appellate attorney Scott P. Stolley, of Stolley Law, P.C., has been named in the 2018 edition of Best Lawyers magazine, under appellate law. For more than three decades, Best Lawyers has been compiled by conducting exhaustive peer-review surveys in which tens of thousands of leading lawyers confidentially evaluate their professional peers.

Stolley has over 36 years of legal-writing experience, and has focused his practice on appellate law for about 25 years. Stolley is a graduate of University of Iowa College of Law. In 2010, he was invited to be a Fellow in the prestigious American Academy of Appellate Lawyers. Out of approximately 300 Fellows in the Academy, only about 25 are Texans.

Stolley has been Board Certified in Civil Appellate Law by the Texas Board of Legal Specialization since 1994. He has an AV Preeminent rating from Martindale-Hubbell, and has been named in Texas Super Lawyers every year since 2003.

Stolley is currently serving as a member of the Texas Supreme Court Advisory Committee, and just finished a three-year term on the State Bar of Texas Board of Directors.