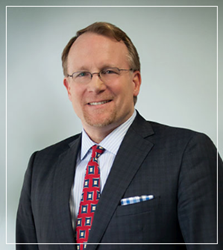 A Distinguished rating indicates that Salvi is widely respected by his peers in the legal field for his achievements and ethical standards.

Salvi & Maher, LLC, is proud to announce that the independent rating service Martindale-Hubbell has given firm partner Albert Salvi a Distinguished Peer Rating for High Professional Achievement and named him a Silver-level Client Champion. This is the second-consecutive year that Salvi has received these honors.

A Distinguished rating indicates that Salvi is widely respected by his peers in the legal field for his achievements and ethical standards.

Attorneys are named Client Champions based on positive client reviews on the Martindale-Hubbell website. Salvi reached the Silver level by having four client reviews, each of which rated him a perfect 5.0.

Salvi recently received the Elite Lawyer award, recognizing his high level of competence in his personal injury practice and the acknowledgment from his peers, community, the bar, and various committees.

Outside of his career as an attorney, Al Salvi served as a congressman for two terms in the Illinois House of Representatives from 1992 to 1996. He was also a candidate for the U.S. Senate in 1996 and Illinois Secretary of State in 1998.

The veteran Lake County attorneys at Salvi & Maher, LLC have over 90 years of combined legal experience. The firm is dedicated to helping personal injury victims and their families obtain results and justice. Salvi & Maher, LLC has offices located throughout Illinois including the cities of Waukegan, Wheaton, Richmond, and Chicago. For more information or to speak with an experienced Waukegan personal injury attorney call 847-662-3303 or visit https://www.salvi-law.com/.