New York Film Academy (NYFA) has trained many rising Saudi filmmakers, producers, cinematographers, and actors, including those who featured work at the Saudi Corner at Cannes, and recently partnered with Dar Al-Hekma University in Jeddah for a five-day training, together with Law & Order director Gilbert Shilton. 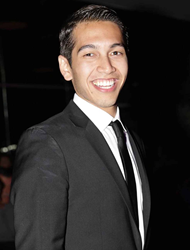 “I want to do something that my country and my people are proud of, and something the world can watch as well, and hopefully we can mix those two.” - NYFA Alum & Filmmaker Maan Bin Abdulrahman

Since the reopening of cinemas in Saudi Arabia this April, what CNN calls “Saudi cinema’s new dawn” has been spearheaded by many alumni, students, and collaborators of the New York Film Academy (NYFA).

NYFA has trained many rising Saudi filmmakers, producers, cinematographers, and actors whose work featured at the Saudi Corner at Cannes, and recently partnered with Dar Al-Hekma University in Jeddah for a five-day training, together with Law & Order director Gilbert Shilton.

At Cannes, five of the nine films presented by Saudi Arabia featured the work of NYFA students and alumni, including brothers and fellow BFA Filmmaking graduates Maan Bin Abdulrahman and Talha Bin Abdulrahman.

“I want to do something that my country and my people are proud of, and something the world can watch as well,” Maan Bin Abdulrahman told CNN from Cannes. “And hopefully we can mix those two.”

Saudi reopened its cinemas in April of 2018, followed closely by The Saudi Short Corner at Cannes. Both represented significant milestones in the Kingdom’s expansion of cinema under Crown Prince Mohammad bin Salman’s Vision 2030 program, which lifted a decades-long ban on film.

“We’re glad that this mentality is changing,” Talha Bin Abdulrahman told CNN. “And it’s changing obviously because the government is changing.”

In June, NYFA Los Angeles announced a contest celebrating the opening of Saudi cinemas, encouraging Saudi artists to submit a short video to win a full-tuition scholarship to a four-week program of their choice.

“The New York Film Academy Los Angeles has been the hub for training many Saudi visual and performing artists,” explains NYFA Vice President, Middle East & North Africa, Tami Alexander. “We had one male and one female winner who each showed great potential. We look forward to welcoming them on campus, and seeing them bring their knowledge back to the Kingdom.”

Kamel, who recently starred in Netflix’s Collateral, was recently named by Vogue Arabia as “the breakout star for the times.” Kamel told Vogue, “I feel very blessed to do what I love.”

NYFA has also hosted the annual Young Saudi Film Festival (YSFF) at its Los Angeles campus, providing aspiring Saudi filmmakers a space to screen their work. In 2018 the festival received over 80 submissions and was hosted by alum Maan bin Abdulrahman.

Saudi Arabia’s General Authority for Culture also recently visited the campus as a part of Saudi Cultural Days, where student Rakan Anneghaimshi and alum Maan Bin Abdulrahman hosted a Q&A event featuring Hollywood producer Ted Field (Jumanji, The Chronicles of Riddick). In addition to the Q&A, NYFA screened some of the short films later featured at Cannes for distinguished guests from the Kingdom including Khaled Al Saqer, Meshal AlSaleh, and Abdulaziz AlMutairi.

"We are overwhelmed with pride by the success of our Saudi graduates,” says NYFA President Michael Young. “These young filmmakers have done extraordinary work, they are truly pioneers of cinema in their country."