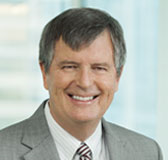 With his drive to serve, commitment to excellence and astute legal mind, Roland has distinguished himself during his tenure as Judiciary Committee Chair, chair of the Texas Land Title Institute, and vice chair of the TLTAPAC Board of Trustees.

Roland Love, president of North American Title Co.’s Texas Region, was named Title Person of the Year by the Texas Land Title Association (TLTA), during its Annual Conference and Business Meeting in Austin.

The award, which is the highest honor bestowed by TLTA, recognizes significant and longtime contributions to the title industry and the association.

“Roland’s devotion and service to the title industry is truly remarkable,” said Leslie Midgley, executive vice president and CEO of TLTA. “With his drive to serve, commitment to excellence and astute legal mind, Roland has distinguished himself during his tenure as Judiciary Committee Chair, chair of the Texas Land Title Institute, and vice chair of the TLTAPAC Board of Trustees. His contributions to our industry are too many to list, and we are extremely proud to present him with this much-deserved award.”

In addition, Love was chair of the TLTA Legislative Committee for seven years, where he established himself as an industry advocate and legal expert among legislators and other decision-makers in the Texas Capitol.

Love has served with distinction in many professional associations, including as chair of the State Bar of Texas Real Estate, Probate and Trust Law Section, and as a Fellow in the American College of Real Estate Lawyers. He serves as a member of the Texas Title Examination Standards Board and as an examiner for the State Bar Board of Legal Specialization.

Prior to joining North American Title in 2016, Love was a shareholder with Winstead PC, where he focused primarily on real estate and title matters. He is a past member of Winstead’s board of directors, admitted to the U.S. Patent and Trademark Office, and is board certified in commercial, farm and ranch, and residential real estate law by the Texas Board of Legal Specialization.

Active in his community, Love has been director and manager of the Dallas Inter Soccer Club, where he was voted Volunteer of the Year; director of the North Texas Housing Coalition; vice president and board of trustees for St. Michael’s School and the Episcopal School of Dallas; co-chair of the United Way advocacy committee; and chair of the YMCA Partners with Youth Sustaining Campaign.

With well over 1,300 associates and a network of branches from coast to coast, North American Title Group, LLC (NATG) is among the largest real estate settlement service providers in the United States. Consisting of both agent and underwriter operations, NATG reported annual net revenues in fiscal 2017 of $272.7 million. The company also has the resources and stability of being a wholly owned subsidiary of an S&P 500 company with over $18.7 billion in assets as of its fiscal year ended Nov. 30, 2017. North American Title’s agency network operates nationally under the name North American Title Co. and similar names (NATC) in 19 states: Arizona, California, Colorado, Delaware, Florida, Georgia, Illinois, Indiana, Maryland, Minnesota, Nevada, New Jersey, New York, North Carolina, Pennsylvania, South Carolina, Texas, Utah and Virginia, in addition to the District of Columbia. Through our relationship with our expanding affiliate network, NATC provides real estate settlement services in all 50 states. NATG is headquartered in Miami, Florida. To learn more, visit http://www.nat.com