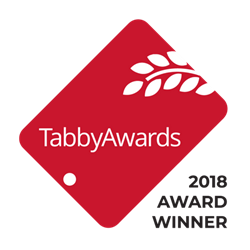 The Tabby Awards has announced the winners of the 2018 Mobile App Awards competition.

“With nearly 4.7 million consumer (non-gaming) apps available today on Android and iOS combined, our mobile app award winners are positioned in the top 0.001% of a massive market - these are the best of the best of the best,” commented Paola Schaw, Executive Producer of the Tabby Awards.

With all iOS and Android apps eligible and under consideration, winners were selected based on a combination of quantitative metrics and qualitative factors.

The analytical evaluation component focused on app store user review scores submitted over the course of 2018 to measure user engagement. The qualitative component - benefiting from the Tabby Awards expertise in judging app and game awards since 2012 - focused on user interface, design, and innovation. The degree of tablet-optimization was also a key factor in the assessment of iPad and Android tablet apps.

The 2018 Mobile App Award winners are presented below by device type and operating system category:


ABOUT THE TABBY AWARDS

The Tabby Awards is the most comprehensive awards program honoring the best apps for tablets and iPads. Since 2012, it has held two separate competitions: one for consumer apps and games and one for business apps. Starting in 2015, the Tabby Awards events expanded to include phone-optimized apps and games. Starting in 2018, the best app development agencies have been recognized through the Tabby App Development Agency Awards.

Please refer to TabbyAwards.com for additional information regarding our mobile app award events.