Today marks the 10th anniversary of Kathy Nelson being named President and CEO of the Greater Kansas City Sports Commission and Foundation (GKCSCF). Through Kathy’s leadership over the past decade, the organization has generated hundreds of millions of dollars in economic impact for Kansas City and the region through the acquisition of high-profile professional and amateur sporting events. 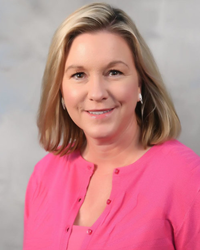 “Over the past decade, as Kathy Nelson has led the Kansas City Sports Commission, the city has hosted premier events, enjoyed multiple championships and enhanced its standing as a world-class sports town,” says Clark Hunt, Chairman & CEO of the Kansas City Chiefs.

Today marks the 10th anniversary of Kathy Nelson being named President and CEO of the Greater Kansas City Sports Commission and Foundation (GKCSCF). Through Kathy’s leadership over the past decade, the organization has generated hundreds of millions of dollars in economic impact for Kansas City and the region through the acquisition of high-profile professional and amateur sporting events.

“When I asked Kathy to interview for this role back in 2011, I was confident she was the ideal candidate to lead our city into a new phase of sports development and growth,” says Peter Ciacco, former chairman of the board for GKCSCF. “However, I don’t think anyone could have predicted the overwhelming amount of ‘wins’ she would bring to our area. From multiple NCAA championships to the expansion of Camp WIN, Kathy’s work has undoubtedly changed Kansas City’s trajectory for the better.”

As a longtime supporter of WIN for KC, first by serving as a volunteer and then being named WIN for KC Director in 2010, Kathy has elevated the nonprofit organization through the evolution of existing programs and creation of new events. “I’ve always admired Kathy’s ‘superpower’ of converging people, resources and visions,” says Robin Sterneck, President of Sterneck Capital Management. “Her strong, welcoming manner routinely brings out the best in others and has fostered an ecosystem which impacts girls and women in lifechanging ways.”

In addition to the events previously referenced, highlights of the past ten years include:

“Kansas City continues to be the home of the Big 12 Men’s and Women’s Basketball Championships due, in part, to the hard work of Kathy and her team,” comments Bob Bowlsby, Commissioner of the Big 12 Conference. “The Kansas City Sports Commission has been a steadfast, reliable partner as we navigate the everchanging landscape of the Big 12 and collegiate sports.”

Recently, GKCSCF hosted a delegation from FIFA for a comprehensive site visit. Kansas City is one of 17 U.S. cities currently in contention to be named a Host City, a decision that is targeted to be made by June 2022. Each U.S. Host City anticipates hosting between 5-7 matches, which is estimated to generate up to $620 million in incremental economic activity according to a 2018 study done by leading global management consulting firm Boston Consulting Group.

During her time as CEO and president, Kathy has received many awards in recognition of her service including the following: Sports Tourism Executive/CEO of the Year award (2018), ATHENA Leadership Award Winner (2019) and induction into the Missouri Sports Hall of Fame (2020).

“At GKCSCF, teamwork is at the forefront of everything we do,” states Kathy Nelson. “It’s been gratifying to work with a passionate, talented group of individuals who truly care about our mission. The past ten years have been some of the most rewarding of my life, and I look forward to continue positioning Kansas City as the standard of excellence when it comes to amateur and professional sports.”